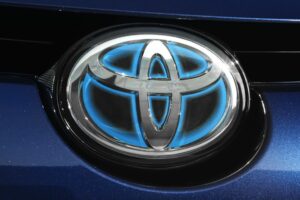 Toyota has reduced its global vehicle output for November by up to 15% due to ongoing chip shortages, though it will be increasing production to meet its full-year target, The Star reported.

The reduction in parts supply over September and October was due to increased Covid-19 infections in Malaysia and Vietnam, which caused Toyota to cut its full-year production to March 31 by 300,000 vehicles to nine million vehicles, according to the report.

However, the Japanese automaker aims to restart production that had been previously affected by the component shortages to recover around one-third of the lost output volume due to supply disruptions, sources familiar with its plans told Reuters.

The automaker held on to its full-year production forecast as of last Friday, indicating that it plans to ramp up production for the remainder of the business year. This banks of the decline on Covid-19 infection rates in Southeast Asia to enable its supplier’s chip factories to increase output, The Star noted. Toyota’s request to its suppliers for the increase in chip production is in order for the carmaker to manufacture an additional 97,000 vehicles between December and March next year, with some of those considering additional weekend shifts to meet the added demand, sources told Reuters.

“I can’t predict what is going to happen, but I think we are through the worst period of lower production risks,” Toyota deputy chief officer Kazunari Kumakura said in an online briefing according to The Star.

Toyota was among the last of the major automakers to scale back its production plans due to parts shortages, and it has also already fortified its supply chain against disruptions following the 2011 earthquake in Japan.