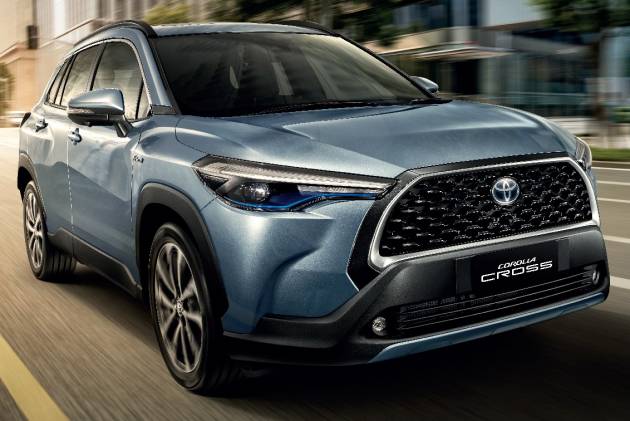 We’ve known that UMW Toyota Motor has been planning to introduce a new range of locally-assembled hybrid models for some time now, having telegraphed its intentions as early as February this year. Now, however, the company has teased the impending launch of these cars, promising to reveal full details on September 27. That’s exactly a week’s time.

The cryptically-worded press release makes no mention of any hybrid vehicles whatsoever, only referencing Toyota’s goal of almost completely eradicating global carbon dioxide emissions on all new vehicles by 2050. But the filenames of the blue-sky conceptual images reference “zero fuel consumption and carbon emissions,” so it’s pretty clear what UMW Toyota Motor is talking about.

“At the risk of not revealing too much, let me just say we will be making a detailed announcement about this very soon, and it will have a big impact on not only the brand but the industry as a whole, and the lifestyle as well as choices that we have become so accustomed to,” said deputy chairman Akio Takeyama. We still don’t know which hybrid models will be made here, but we can make an educated guess as to their identities. By far the most likely of these is the Corolla Cross Hybrid, the regular version of which is already on track to be locally assembled this year. Dovetailing the launch of both models would therefore be a straightforward affair.

The Corolla Hybrid was also seen undergoing local testing as far back as 2019, so we wouldn’t be surprised if it is launched here sometime soon. There’s also a hybrid version of the current Camry, which in Malaysia has not received the facelift already introduced in other markets. This makes the petrol-electric model a prime candidate for a future launch as part of a (possibly CKD) facelifted range.

In total, UMW Toyota Motor will have invested RM270 million in expanding its current manufacturing operations and facilities, in part to launch a “new and technologically-advanced generation of HEVs.” The capital will have likely also been used to modernise its factories to build cars based on the Toyota New Global Architecture (TNGA), enabling these newer models to be assembled here – the Camry, Corolla and Corolla Cross are currently imported from Thailand.

Fortunately, the news comes despite the movement control order being reinstated for nearly three months starting in June. In July – a few weeks after announcing its hybrid vehicle investment – UMW Toyota Motor issued a statement saying that the lockdown may have affected its plans to launch those cars this year. The following month, after restrictions were eased, the company said that while there were some setbacks, it would be proceeding with those plans at full speed to make up for the delay.