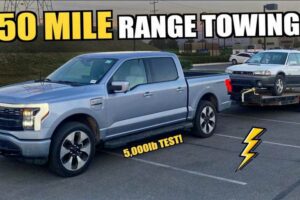 Yes, just the other day we shared a video with you about a new Ford F-150 Lightning owner who had a terrible towing experience with the popular new electric pickup truck. We were already aware that most people can expect about a 50 percent hit on range while towing, so we weren’t surprised by the owner’s story.

With that said, the F-150 Lightning can be a solid tool for towing or a huge hassle, depending on your needs and expectations. If you need an efficient truck for daily use that can sometimes tow something locally or on a short road trip, an electric truck will likely work well for you. However, if you want a truck for towing heavy loads at highway speeds over long distances, you may not be ready for something like the F-150 Lightning, or you may have to be particularly careful about your choice of vehicle and configuration.

The Hoovies Garage video shared the story of a 32-mile highway road trip during which the truck used nearly double that range (about 60 miles) towing one way, and about 90 miles of range on the return trip. The load was heavier on the return. These numbers, of course, are according to the truck’s onboard calculations. Traveling just 64 miles and having the truck suck up 150 miles of range would probably be concerning to many folks.

In the video above produced by JR Garage, the story was much more positive, as the truck was surprisingly efficient. However, they didn’t drive the truck at higher speeds like those in the previous video. There was more city and low-speed driving, whereas Hoovies video was about a highway road trip, with speeds in excess of 70 mph. However, there’s another big kicker here …

The F-150 Lightning in the “total disaster” video (linked above ↑) has the smaller, Standard Range battery pack. Meanwhile, the guys at JR Garage opted for the larger, Extended Range pack.

While this doesn’t impact efficiency significantly, the truck with the Extended Range battery pack is going to be the much better option for towing, and especially when that towing requires plenty of driving at highway speeds. Factor in cold temperatures, and that larger battery is going to make even more sense. 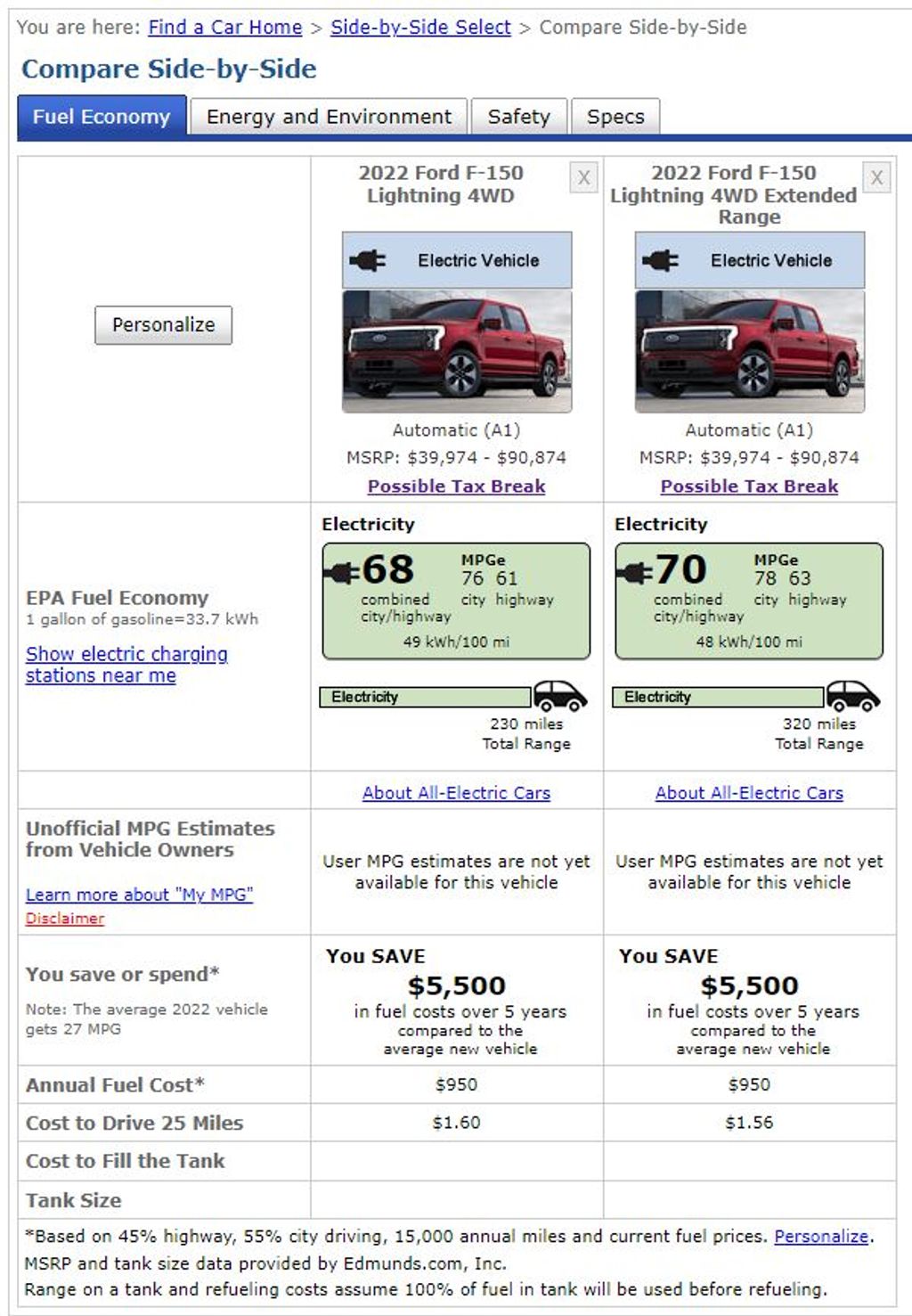 Aside from the driving speeds, the loads being towed probably had the biggest impact here. The inefficient F-150 Lightning was pulling a much less aerodynamic trailer. JR Garage pulling the aerodynamic load coupled with the fact that they were traveling at slower speeds made their truck seem much more efficient.

“HAHA, THIS IS AWESEOME! I was going 65-75 towing a way less aerodynamic trailer and Ford Model A, all highway. EVs do better in city and much lower speeds like what you were doing. Never saw your speedo over 60 in the video and you didn’t go far.. Also mine is the standard range battery.”

“Yea two very different tests, but takeaways from both. Your standard battery at 70+mph pulling a not aerodynamic load on the highway is not going to have the best results as you discovered lol. We were definitely going slower, around 55-60 ish with some red lights thrown in on the route. At 70, with our load on our route would probably get like 170-200 miles? Wish we could have test for longer to find out!”