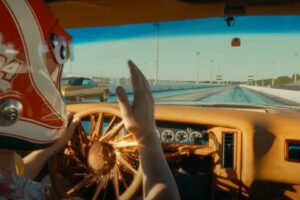 The fourth Top Gear series since the show moved to BBC One is about to air soon and there’s a new trailer previewing the season. Series 32 will arrive “very soon” and the short video attached at the top of this page hints at adrenaline-charged action in Florida in a typical Top Gear fashion.

The clip shows the show’s hosts having a situation with the customs officials in an airport. Freddie Flintoff, Paddy McGuinness, and Chris Harris have some rather weird items in their baggage and have to answer awkward questions about their purpose and function. Footage from the Top Gear Series 32 unveils all the funny equipment actually comes from different scenes and challenges.

From this early preview of the new series, it seems that the season will be packed full of action. The three hosts go swamp buggy racing in alligator-infested waters, climb aboard some of the most iconic cop cars ever seen on screen, and hit the road in a 35-foot-long Holiday Rambler Aluma Lite RV. Sounds like a lot of fun but not nearly as fun as watching a diesel Volkswagen Golf being washed and detailed, though.

Of course, The Stig is also there. “You, Robocop. Remove your helmet, please,” the customs official says. Guess what. He didn’t remove his helmet and this move triggered the airport’s emergency team.

Oh, we forgot to mention something about the new series. The trailer hints at scenes with the Sinclair C5, a one-person battery electric recumbent tricycle. As one of the commenters below the video on YouTube puts it, this is one of the most innovative, but horrific vehicles from the 1980s.