Top 10 New Electric Vehicles To Pay Attention To In 2021 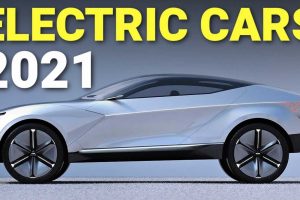 The EV options are growing, and it’s only just the beginning.

Our friend, and one of our favorite YouTube influencers, Andy Slye, put together a list of the top 10 electric vehicles in 2021. While Slye is a Tesla owner and fan, he’s excited about all EVs. In fact, his list only has two Tesla vehicles on it. However, it’s important to note that Slye emphasizes “NEW,” which we appreciate.

People already know all about the Tesla Model 3 and Model Y. And, though they were refreshed for 2021, they’re not really new. To help encourage EV adoption, it’s arguably more important to open people’s eyes to the latest electric vehicle offerings, as well as those coming to market in the near future.

Slye references the Super Bowl, GM’s popular commercial, and his assertion that 2021 is “truly the year of the Electric Vehicle.” The nice thing about the electric car segment is we’ll likely be able to refer to each new year in the same way. Electric vehicles aren’t going away, and most automakers have big plans this year and into the future.

Slye provides his list of the top 10 electric vehicles in 2021. It’s sorted by price, from the most affordable to the most expensive. This makes a lot of sense, rather than ranking the vehicles. They come in many shapes and sizes, and they’ll each appeal to a different audience, so there’s no sense in Slye telling us exactly why one is better than another, though he does give us his opinions on each entry. The list is as follows:

Notice that there are actually more than 10 vehicles on the list since Slye grouped the Bolt EV and Bolt EUV together, as well as the Rivian R1T and Rivian R1S.