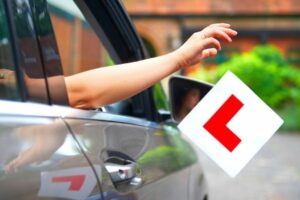 A recent study by comparethemarket.com has revealed that the average cost of car insurance for drivers under the age of 25 is £1,205 – some £565 more than the average insurance premium. It has led to one in six UK parents saying that they will have to contribute until their child can afford it themselves.

The research found that over half of UK parents help out financially with their child’s first car.

And with the additional costs to car insurance premiums one in two (54 percent) UK parents will financially contribute to insurance for a year.

Some 18 percent of parents admitted to contributing towards MOTs, fuel and tax until their child has more money.

Driving lessons alone can take an average of 47 hours and cost approximately £1,159, yet 34 percent of parents are willing to cover the entire cost for their child.

When exploring just how much these financial contributions equate to, parents admit to forking out an average of £3,528 towards their child’s first car, with the average age of the vehicle being six years old.

Only 6 percent of parents bought their child a brand-new car. The survey further revealed more than 70 percent of first drivers get a first car that is five years old and 22 percent of new drivers’ cars are 10 years old or above.

Two in three (67 percent) parents admitted to using their own savings to purchase their child’s first car, followed by 18% who used their household budget.

And one in ten parents actually have to borrow money to help cover the cost, using loans, credit cards or money from friends and family.

Car insurance rates have hit an 18-month high, as all customers are facing higher costs, even if loyal drivers choose to auto-renew.

Motorists in the UK are now paying £550 for their car insurance, on average, following a £12 increase year-on-year.

This is a £27 increase on the cost of shopping around, despite major changes from the Financial Conduct Authority (FCA) which was designed to protect drivers.

Following these changes, almost 20 percent of drivers who received their renewal in the past three months wrongly believed that their renewal wouldn’t increase, with a further one in five expecting their renewal price to be cheaper.

Almost a fifth of drivers who were due to renew last quarter wrongly believed that their renewal price wouldn’t increase.

Prices have been creeping up for the past six months, with drivers today paying £36 more than those who bought a new policy six months ago, on average.

Drivers over the age of 50 are suffering more than any other group.

Older drivers have seen their premiums jump 6.2 percent since January.

Average motor premiums for the over 50s hit £370 a year following the rise, according to Consumer Intelligence, an industry analyst.

The FCA believes loyal customers will save up to £200 a year on car and home insurance as a result of the measures.