This Previous-Generation BMW 330e PHEV Is Remapped To 345 Horsepower 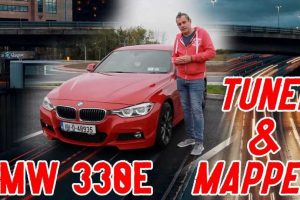 Most people who buy PHEVs don’t want to make them faster, but there are some who do.

BMW launched its first 3 Series PHEV, the 330e, for the previous incarnation of the model, the F30. It mated a 184 horsepower 2-liter four-cylinder turbo to an electric motor to produce 252 horsepower and 420 Nm combined.

Back in 2016, I actually got to drive it shortly after it was revealed and it became one of the first plug-in hybrids that actually made sense to me. I was really impressed by its blend of very strong performance and remarkably low fuel bills, but even back then, I wondered if you could make it even quicker if you remapped the engine to produce more power.

And even though it’s not at all common, some people do tune their 330e and the change in its character is quite noticeable. Bob Flavin drove a chipped F30 330e that has 345 horsepower and the power and torque boost is immediately noticeable.

The standard F30 330e was already a quick car, quicker than you would expect, being able to sprint to 100 km/h (62 mph) in 6.1 seconds (or to 60 mph in in 5.8 seconds). With this remap, it should have dropped to way below 5.5 seconds, if not lower. The best thing about this mod is that it doesn’t really affect the efficiency in any noticeable way.