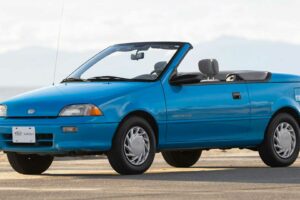 Bidding closes in less than 24 hours, so hurry!

RM Sotheby’s Handle With Fun auction, which ends tomorrow, is filled with great automotive oddities, though the headliner is certainly not what you would expect. It’s a 1992 Geo Metro Convertible that’s in impeccable condition. There are less than 24 hours until the auction closes, and the bid currently sits at $2,600, with an asking price of $2,700, though there’s no reserve.

The single-owner California car comes with a clean CARFAX, according to the auction house, and the car has less than 39,500 miles (63,569 kilometers) on the odometer. The painting says this has the potential to be a future “Concours d’Lemons Best in Show Winner,” adding that it’s “the perfect car to impress on a first date.” If your date isn’t impressed by it, you don’t have to call them for a second outing. That’s evidence enough it wasn’t going to go anywhere. 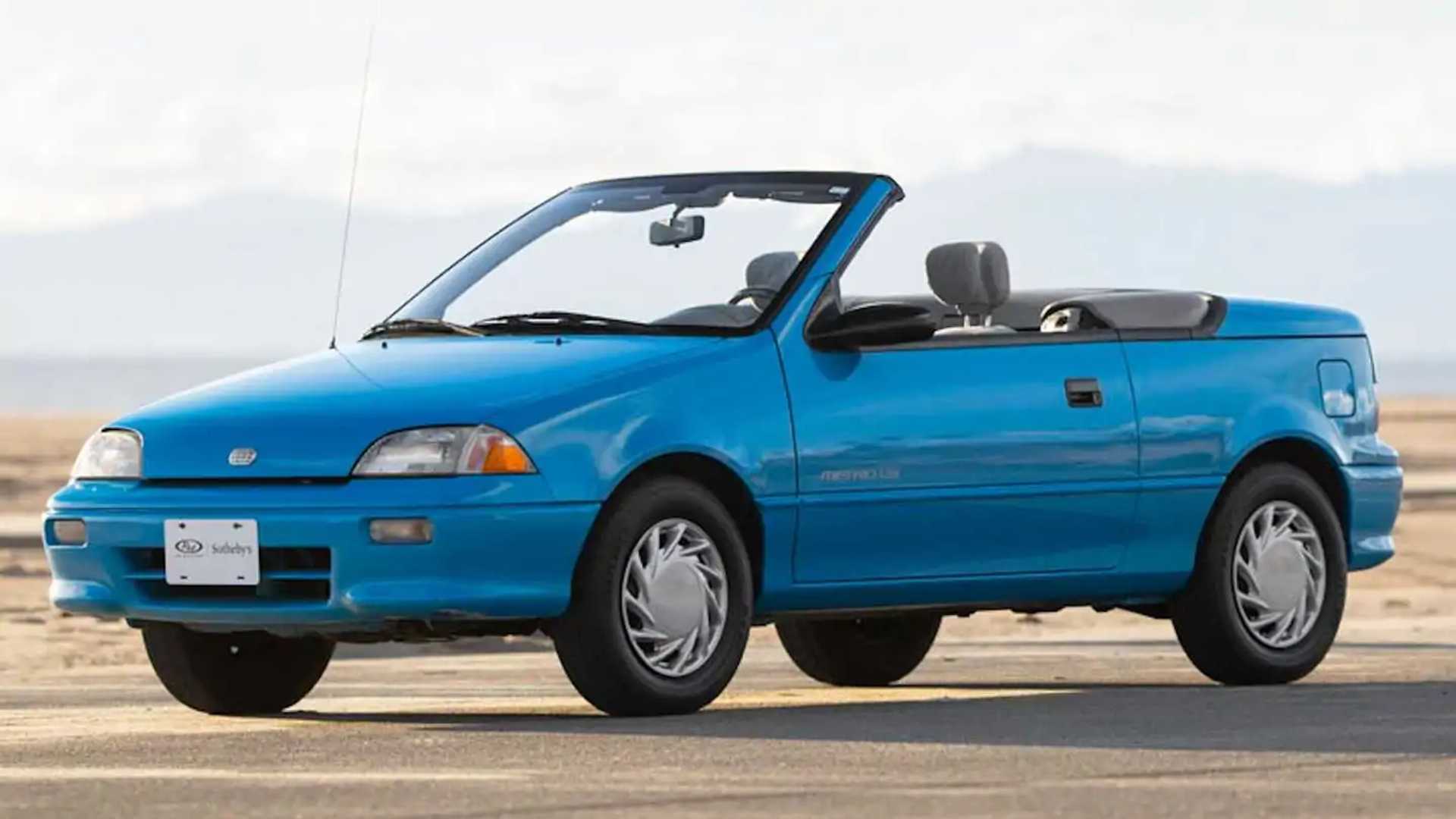 The Geo Metro is an easy car to dog on because of its bare-bones features and styling. It was A Car in the truest definition, the result of a tie-up between Suzuki and General Motors in the late 1980s. The two built the Metro from 1989 until 2001, and it was one of the cheapest new cars available at the time. But underneath the Geo badging hides a Suzuki Cultus. The car looks to be in excellent condition with a bright light blue exterior paint sitting over a gray-on-gray interior. The seats look a tad worn, but there are no visible rips.

This car will soon be 30 years old, and you’ll have to crack out the cassette tapes if you want some tunes, but the bite-sized convertible does look like a hoot to drive. No, it’s not fast by any stretch, but it is the result of a unique time in automotive history. This is by no means a high-value collector’s car, and it likely never will be, but if we only persevere the best cars of a generation, we might forget what the masses drove.