This Company Will Turn Aston Martin DB6s into EVs 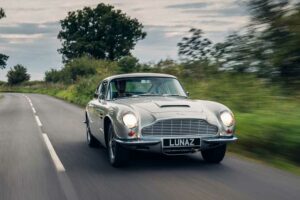 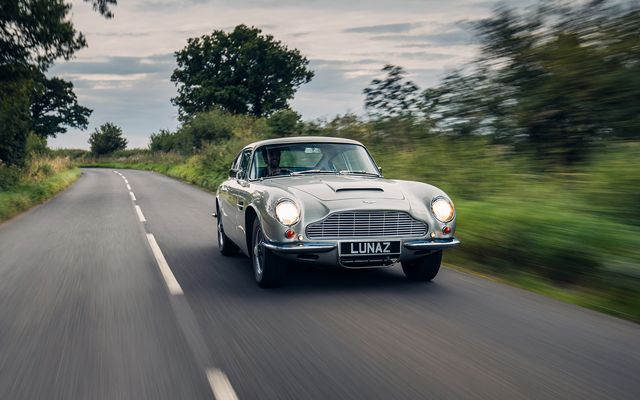 There is no shortage of small companies by now offering EV conversions for classic cars, seemingly intent to bring to life the future depicted in Gattaca. While these programs have certainly not been cheap, with most requiring about a $200,000 to turn something like a Land Rover Defender into an EV, they also haven’t really crested the $400,000 mark, and they haven’t involved cars that are more or less irreplaceable.

The company, which has a 62,000 square-foot facility at the Silverstone Technology Park in the UK, will offer more than just an electrification program for the DB6. Lunaz will undertake a bare-metal restoration and reengineering of the classic coupes, improving the brakes, steering, and suspension, with the optional addition of air conditioning and even infotainment tech, along with Wi-Fi. Lunaz plans to use fairly large batteries in these conversions, ranging from 80 to 120 kWh, the latter of which would be larger than in something like the new Mercedes-Benz EQS, or the 520-mile Lucid Air.

The company reports that the 120-kWh batteries, which will support CCS fast-charging, will give the DB6 a range of 255 miles.

“The introduction of electric Aston Martin DB6 cars has been driven by sustained demand from our existing clients,” explains David Lorenz, founder and CEO of Lunaz Group. “It also reflects the desires of an entirely new classic car buyer. These women and men have been drawn to Lunaz because for the first time they are presented with the powertrain and modern conveniences of today, clothed in a design that speaks of an era when aesthetic purity was the only requirement.”

The conversion process places the original powertrain into storage, since it’s quite valuable on its own, with the cars receiving 3D scans as the hand-made nature of the car’s means each example is a little different. The company plans to offer a restoration-focused approach for conversion, one that preserves much of the interior and other systems, as well as more contemporary route, with the design process headed by Design Director Jen Holloway, with a background of having worked at Aston Martin’s Q Branch. 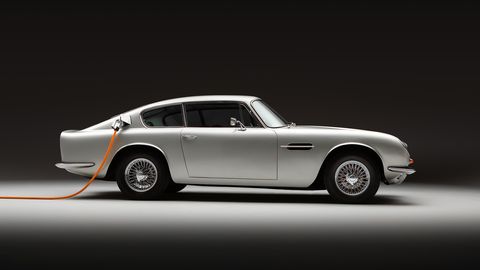 “Jen and her team lead clients through a process that allows every interior and exterior surface, material, and function to be re-imagined,” Lunaz Design says. “This takes place in a purpose-built design and commissioning space at Lunaz’ HQ at Silverstone. The process begins with a consultative exploration of the tastes and requirements of the client. Material and color palettes are explored and visualized using both 2D sketch work and advanced 3D modeling.”

The price? Lunaz Design indicates that prices for the conversion will generally exceed $1 million plus taxes.

This pricing certainly eclipses the cost of restoring a rough DB6 with an intact powertrain to concours grade, so long as no major hard-to-source items would have to be found.

At this point we can hear you asking: Why not just go the replica route and create entirely new DB6 body shells and chassis, so that original DB6 examples are preserved? After all, the number of existing examples is finite, so each conversion will only reduce their number. 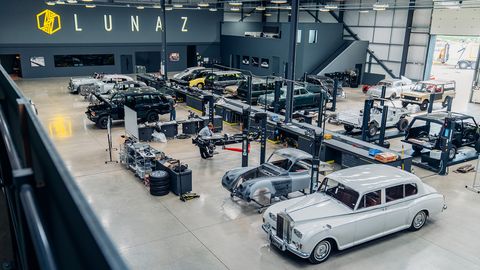 And certainly, it would be hard to avoid the loaded term “restomod” at this juncture, which will also mean that their owners will have to admit to onlookers that, yes, they commissioned a DB6 restomod. Some very unpleasant conversations could follow. Indeed, longtime members of the Aston Martin Owners’ Club may have some pretty strong opinions about this limited-run project, and entry into the world’s top concours events will perhaps be a little difficult. But then again, the Venn diagrams of DB6 EV restomod buyers and concours-grade original Aston Martin owners may not overlap all that much—Lunaz is catering to a very different audience here.

It’s also worth noting that Aston Martin itself offers EV conversions of its classic models. So obviously this approach is fine for the automaker itself.

We can also sense that classic car auction observers will have similar feelings, while also pointing out that such cars may not only plummet in value in a few years since EV battery technology is evolving so fast, but that they could also be difficult for owners to resell because it requires that a buyer demographic that appreciates such conversions will exist in the future—by no means a given, even if classic EV conversions themselves are expected to grow in popularity.

We have to agree when it comes to EV battery tech: In about five or 10 years the specs of this conversion could look about as appetizing as the specs of a 1990 Tandy PC would have looked next to an iMac in the year 2000. Battery tech alone could seem dated in that time, and could require another costly upgrade when a 255-mile range would not require a battery as heavy as a 120-kWh battery is today.

Should some classic Aston Martin DB6s be converted to EV power, or should such conversions be limited to more common cars? Let us know in the comments below.