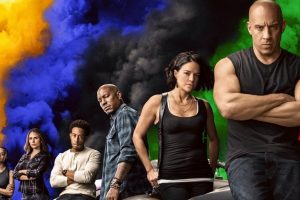 If fast cars, big stars, and plentiful explosions are what draw you into the Fast and Furious films, then you’re going to love the trailer for the latest film in the long-running franchise. Known simply as F9, the movie looks as explosive as ever, with Dodge Chargers jumping off cliffs, fighter jets, and even a rocket-powered Pontiac Fiero.

Yes, the “family” is back together. Only this time with more of Dominic Toretto’s (Vin Diesel) biological family members: notably his son, Brian, and his brother, Jakob (John Cena), who’s also the villain in the film.

This second trailer follows the first official preview by over a year, thanks to the COVID-related delay in F9’s theater release. Originally delayed until April 2, 2021, the film’s opening is now slated for June 25—the same date (not year) as the original, franchise-opening Fast and Furious movie’s release in 2001.

So, what’s going on in these trailers? That’s right, Dom has a brother now. Conveniently, he’s never once mentioned in the previous films, but that’s neither here nor there. Listen, you don’t go into a Fast movie and expect its plot to be airtight or sense. That said, viewers can surely expect a wild cinematic ride filled with unbelievable stunts, bad jokes, and an absurd plot arc. No, F9 probably won’t win any Oscars, but it’s sure to entertain.