Home » The Big Surprise of Hyundai’s 2022 Santa Cruz: It Can Tow a Lot 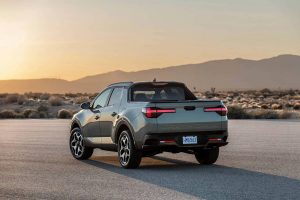 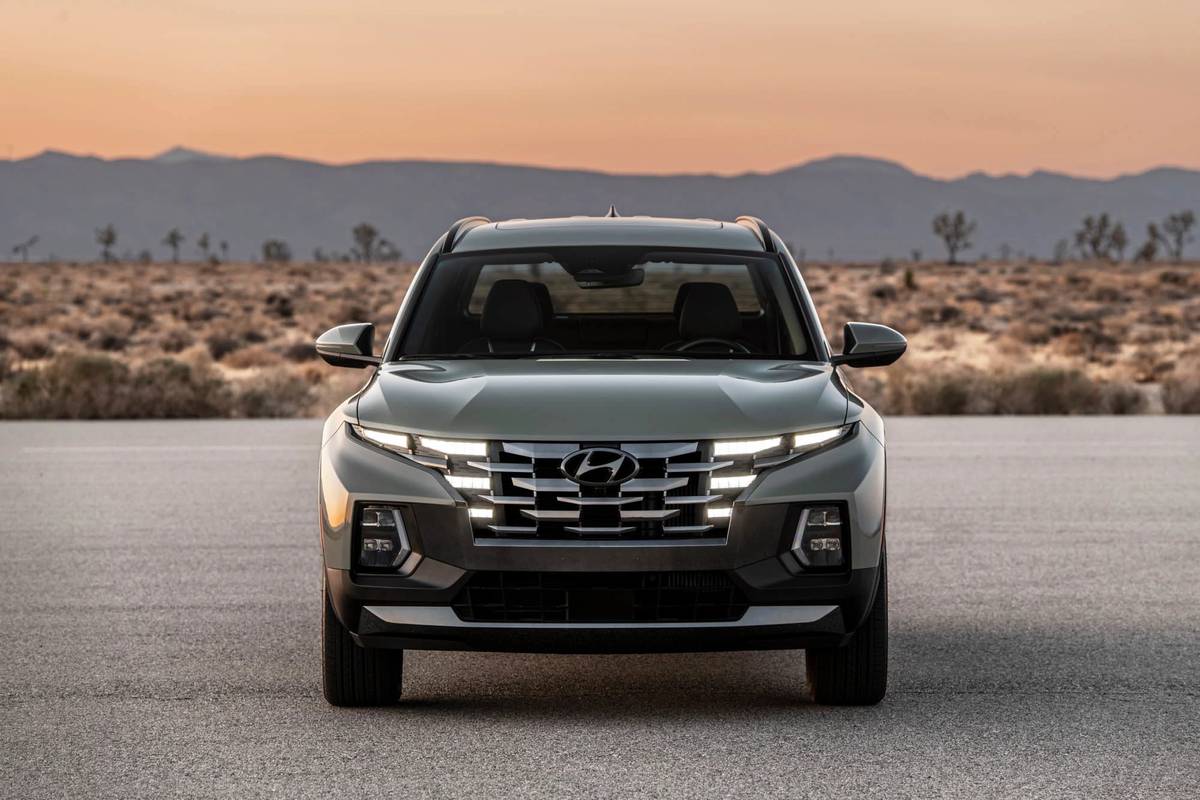 Hyundai unveiled its first-ever pickup truck, the 2022 Santa Cruz, and it’s a really interesting new entry into the world of small pickups. A front-wheel-drive, crossover-based machine like the Honda Ridgeline, it comes in a level smaller than the bigger Honda pickup in every dimension, making it one of the smallest open-bed vehicles you can buy in the U.S.

Between 3,500 and 5,000 pounds’ towing capacity is actually mid-size SUV towing territory and at the top of the Hyundai lineup for ability. The Santa Cruz is rated to tow more than the Tucson (2,000 pounds max) or Santa Fe (3,500 pounds max), and matches the abilities of the full-size Palisade (5,000 pounds). How’d they do that when the Santa Cruz is based on the new 2022 Tucson platform?

Hyundai says that while the platform may be shared with the Tucson, if you look underneath, it’s been considerably beefed up and looks more like what you’d see under the bigger Santa Fe. It also benefits from a much longer wheelbase than the Tucson (being more than a foot longer), which aids in towing stability. And it has something the Tucson doesn’t: the turbocharged 2.5-liter four-cylinder expected to make 275 horsepower and 310 pounds-feet of torque (power numbers are still estimates, per Hyundai). Being able to tow 5,000 pounds means you can lug along a small camper trailer (depending on tongue weight), a sizable boat, maybe a trailer with some ATVs. We figure that there are two groups to look at when comparing the new Santa Cruz’ towing abilities: SUVs, which Hyundai is pitching the truck against as an alternative for people with muddy lifestyles, and other small pickup trucks, which the Santa Cruz might come up a little short against in both dimensions and capacities.

As mentioned, the Santa Cruz tops the list of Hyundais that tow, matching the much larger Palisade despite being made on a smaller platform. But the Santa Cruz also tows more than any other 2021 compact crossover, including our former reigning champ, the V-6-powered Jeep Cherokee (4,500 pounds). Even when compared with other off-road oriented SUVs like the new Ford Bronco Sport (2,200 pounds) or Toyota RAV4 (3,500 pounds), it comes out on top. Some of the most popular compact crossover types don’t tow very much at all, like the Honda CR-V’s paltry 1,500-pound capacity or Nissan Rogue’s even more meager 1,350-pound max towing rating.

What might be more surprising is that it also matches or bests larger 2021 mid-size and full-size SUVs for towing. The old-school body-on-frame Toyota 4Runner and latest Toyota Highlander merely match it with 5,000 pounds of towing capacity each, as does the V-6-equipped Volkswagen Atlas (5,000 pounds); even the rear-drive turbo 3.0-liter Ford Explorer only tows a bit more at 5,600 pounds max. There are larger crossover-style vehicles that can tow considerably more, such as the Dodge Durango (which can haul anywhere from 6,200 to 8,700 pounds), but they also come with significantly larger engines (and the commensurately awful fuel economy). The new Santa Cruz seems to be aimed at splitting the difference between those larger big-engined SUVs and the smaller compact ones, offering up the size of the lesser models with the capability of the bigger ones.

While Hyundai doesn’t call its new Santa Cruz a pickup exactly (the automaker calls it the “world’s first Sport Adventure Vehicle”), the competitors Hyundai included in its press materials were all mid-size pickups. It’s not an entirely fair fight however, as all mid-size pickups except the Ridgeline are RWD body-on-frame models built to be more robust and capable than the FWD unibody Hyundai. Most comparisons will be drawn with the crossover-based Ridgeline, at least until the new, still-unofficial Ford Maverick compact pickup shows up. The smaller Santa Cruz comes up short in several ways compared with the Ridgeline, but towing isn’t one of them because they both have a maximum of 5,000 pounds capacity despite the Honda being considerably larger inside and out. The smaller Santa Cruz also has more torque, an expected 310 pounds-feet versus the Honda V-6’s 262 pounds-feet. A head-to-head capability test could prove quite interesting. 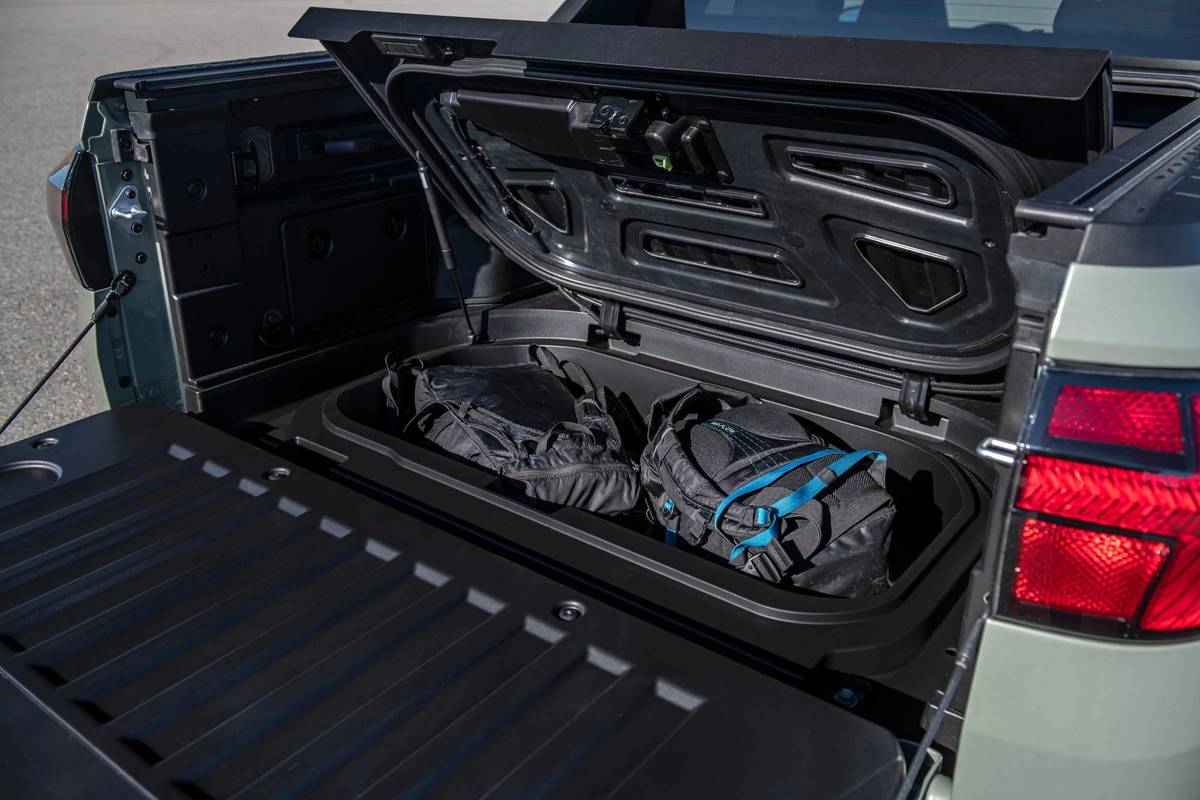 Against other mid-size pickups however, the Santa Cruz can’t quite match the towing numbers on offer. The Santa Cruz’s 5,000-pound max tow rating is bested by the Toyota Tacoma’s 6,800-pound max tow rating, the Ford Ranger’s maximum of 7,500 pounds, the Jeep Gladiator’s 7,650-pound rating and the 7,700 pounds the Chevrolet Colorado can drag with its optional 2.8-liter Duramax diesel engine — but then, making direct comparisons to the crop of mid-size pickups isn’t entirely fair, as the Santa Cruz is a considerably different vehicle in both construction and mission.

Who’s Going to Want One?

The intended market for the Santa Cruz isn’t necessarily a traditional truck buyer, according to Hyundai. The mission of the Santa Cruz is to be an urban vehicle that would appeal to adventurous, active types who live in close quarters but want to get out and into the world, and who undertake activities that would mess up a carpeted SUV. The open bed of the Santa Cruz might work better in such instances, but the smaller dimensions, tight turning radius, smaller engines and presumably better fuel economy all definitely skew in the truck’s favor for urban buyers. 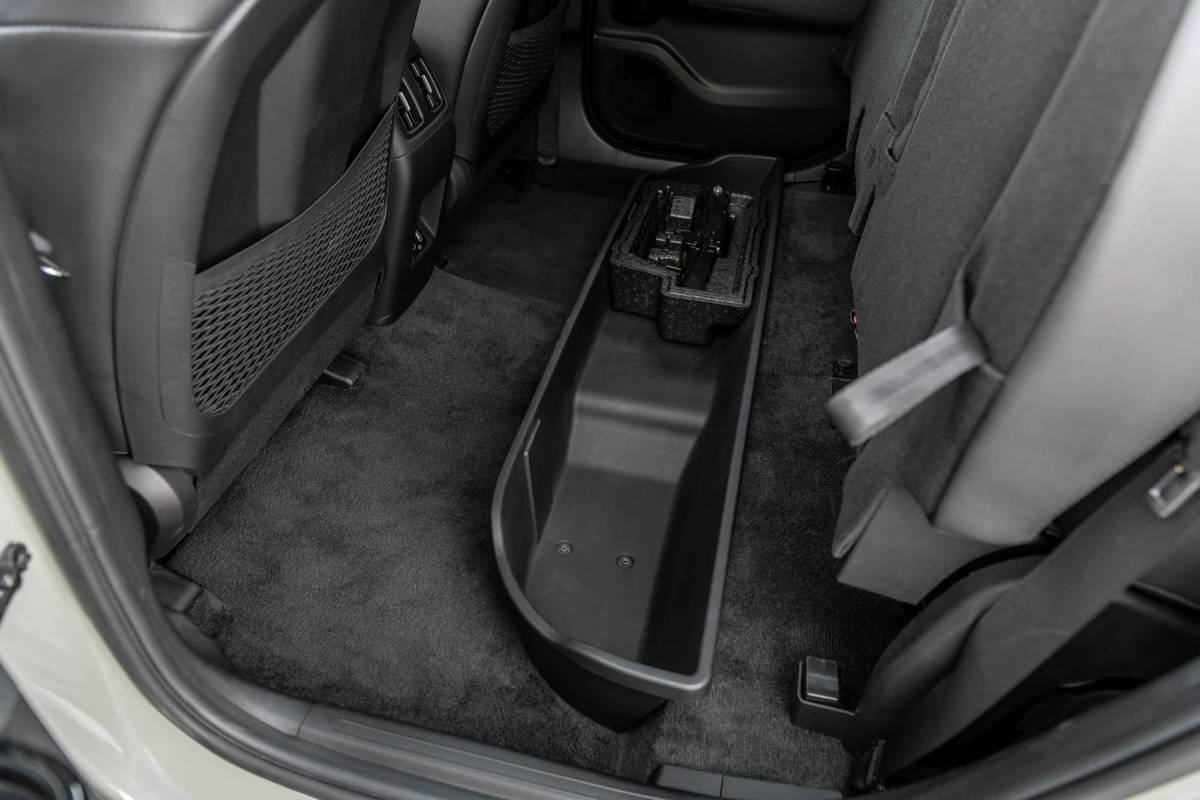 Who knows how big a market there is for a vehicle like this, but it will be something of an experiment. There hasn’t been a pickup this small in the U.S. for a long, long time — but there may be another one on the way: Ford’s upcoming Maverick, rumored to be based on the Bronco Sport platform. Whether the Santa Cruz marks the beginning of a new wave of small, user-friendly pickups in the U.S. or is just a quirky three-quarter-scale Ridgeline with limited appeal remains to be seen.