Home » Car Reviews » The best used cars you can buy for less than £5,000 – including BMW and Porsche 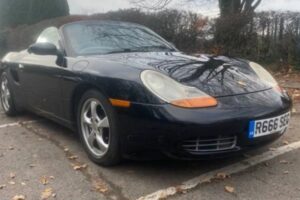 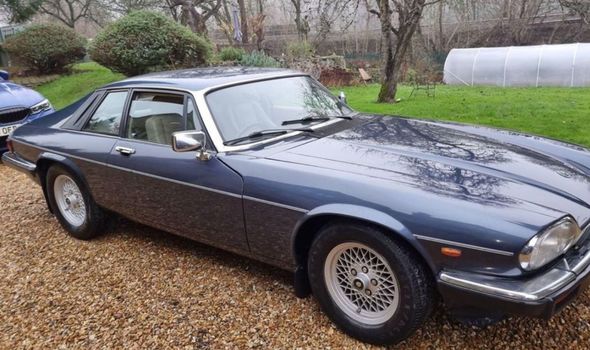 Used car prices went up an astonishing 30.5 percent in December as a shortage of new cars and semiconductor chips saw some older cars even selling for more than their new equivalent. But anyone looking for a cheap stop-gap while waiting for a new car to arrive can still find a lot of car for not a lot of money. Here are just some examples:

1987 Jaguar XJS – £4,950
Anyone wanting to pretend to be a successful 1980s stock broker would love to be seen in this swooping Jag with a rumbling V6 and plenty of wood and beige leather inside. In classy blue with wire wheels, it will still turn heads even now.

2003 Lexus LS430 – £3,000
Launched as a rival to Mercedes flagship S Class back in the early 2000s, this Lexus saloon will still feel like a very luxurious place to do motorway miles in comfort. 100,000 miles means this has barely been run in, while even rear-seat passengers get heated seats.

2009 BMW 320d Touring – £3,995
If BMW’s new enormo-nose isn’t to someone’s fancy and they need practicality they could do a lot worse than a 12 year-old 3 series touring with a 2 litre diesel engine. With just under 100k on the clock, a very recent service and a full year’s MOT this is a huge amount of car for less than four grand.

2004 Honda Elysion – £4,395
One of the biggest risers in the UK car market has been large family people movers, with Seat Alhambras going up 50 percent in value. One way round that is to buy a Japanese import like this Honda Elysion. While they’re older cars, they don’t suffer from rust, they’re packed with luxury features, feature handy sliding doors and reasonable running costs.

2009 VW Phaeton – £4,290
Because the Phaeton saloon was conceived of as a vanity project by the VW Group chairman Ferdinand Piech, he demanded luxury touches and build quality to rival the best of Audi or BMW. The result is that you can pick up an over-engineered bargain for around £4,000 or less that is packed with features. It can be expensive to repair though.

2006 Range Rover Sport V8 – £4,950
As long as one puts aside money for copious amounts of petrol and repair costs, this may well be the best way to convince people you have huge amounts of cash without spending any of it. A reliable 4.4 litre V8, unrivalled road presence and acres of space inside await.

2008 Alfa Romeo 159 Sportwagon – £3,990
Still one of the smartest-looking small estate cars it’s possible to buy, this Alfa 159 Lusso has striking red leather seats, proper phone dial wheels and a new clutch, brake pads and gearbox. It’s £3,000. It’s a no-brainer for any car fan with a family.

2015 Dacia Duster – £4,495
If a newer car is required but absolutely no frills aren’t, then a manual, petrol Duster will not only act as a bargain workhorse but is also cheap to tax and will be fine with any ultra low emissions zones. Enough space for a family plus electric windows and… that’s about it in terms of features.

2002 Porsche Boxster – £4,995
While pretty much all things Porsche have shot up in value over the past five years, the older Boxsters remain a very inexpensive way into a fantastically handling convertible for the summer. A 0-60 time of just over 6 seconds and 155mph top speed make this five grand nobody would regret spending.

2007 VW GOLF GTI – £4,995
Hot hatches don’t come much better than the MK5 Golf GTI and while this example has higher mileage, it’s also a one-owner car with flawless bodywork and a full service history. Unlikely to lose much value even if another 20,000 miles were put on it over the next two years of flinging it round corners.