The best convertible cars drivers can buy right now for less than £20,000 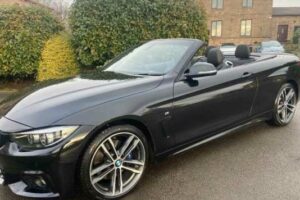 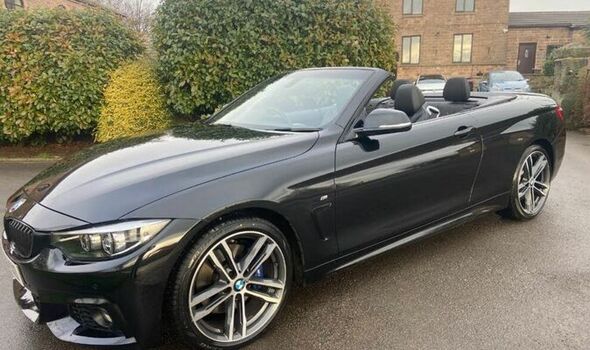 While the British weather can’t be relied on, it’s definitely not as cold as it was last month. That means more sunny days and the chance to head out on a drive with the top down. For that you’ll need a convertible and here are some of the best you can buy for less than £20,000. Plus check out CarGurus guide to buying convertibles.

2014 BMW 420D – £19,800
Squeaking in under our very strict 20 grand budget is this grand looking four series drop-top with a mint interior and just 20,000 miles covered. Capable of doing around 65mpg on the motorway it’ll sip fuel while you enjoy the Harman Kardon stereo and electric seats.

Although it’s listed as Cat N, that means no body or structural damage and nobody will be any the wiser, while you’ll have a stylish bargain on your hands.

2005 Porsche Boxster – £9,989
Finding a decent Porker with less than 100,000 miles on the clock and for under £10,000 isn’t easy, but this beautiful silver over black example passes both tests. Handling will be impeccable and while it’s getting on for 17 years old, this year and model are known to be very reliable.

Zero-60 is polished off in just six seconds and the smile on your face will arrive even quicker.

Not much says British summer quite like flying around a country lane in a Jag with the top down, a picnic hamper on the back seat and the grumble of a five litre V8 drowning out the rain.

This stunning green and cream XK is ageless in terms of looks, has a totally unmarked leather interior and while the engine is enormous, it’s still somehow, inexplicably ULEZ compliant. Not a car you’re ever likely to regret buying, unless it breaks. Which it might.

Audis tend to look really good in white, and this two-litre petrol example is no exception. The A5 shape lends itself to being a convertible and the interior is, like most Audis, a very nice place to be indeed with plenty of alcantara and a flat bottomed s-line steering wheel.

There’s something about a convertible Merc that never goes out of fashion, and while the smaller models can look a bit…salon-y, the E class is big enough to waft down motorways but still look very, very expensive pulling up to a wedding with the roof down.

This one is in beautiful condition, only has 40,000 miles done and even though it’s pictured in front of a castle, it still doesn’t look out of place. If you want to spend less than £20,000 but have people think that you spent more than £40,000, this is a very simple way to do it.

You really can’t go wrong with an MX-5, or Miatas as they’re sometimes known, from any era, at any budget. But the RF is the convertible with the electric hardtop, which looks better than a soft top, and also handles like the Government somehow manufactured roads that have actual grooves inserted just for MX-5 wheels.

This smart little metallic blue example with black wheels is less than two years old, is barely broken in with less than 10,000 miles and has the look of a 60s Datsun coupe about it, which is no bad thing at all.