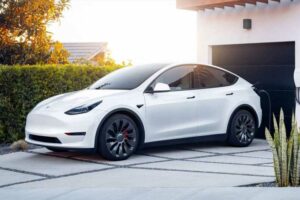 According to an article from last year published by Car and Driver, Texas lawmakers were actively considering the implementation of a bill that could charge electric car owners a minimum of $200 to $250 per year. In addition, for those who drive over 9,000 miles, which would likely be most drivers, an additional fee of at least $190 could apply.

Texas isn’t the first US state to consider such a bill, tax, or fee. In fact, some states have already added a similar “EV tax.” The reasoning behind the fee is that states claim they’re losing money since EV owners don’t pay a gasoline tax. Car and Driver writes:

“We can’t rely on gas taxes forever, but there’s no simple, obvious way to integrate electric vehicles and other alternative-fuel vehicles into the funding structure.”

While it makes sense that states will need to find a way to correctly address the situation as more drivers make the switch to EVs, there’s not yet a consensus on the best way to handle it. Some states just charge EV owners more upfront when they renew their vehicle registration.

There have also been talks about basing the fees on road use, mileage, and/or vehicle weight, and having the fees apply to all vehicles. The goal here would be to make it all an even playing field no matter which type of powertrain or “fuel” your car uses.

While each state can choose to implement, carry out, and use its taxes and fees in whichever way it sees fit, money collected from gas taxes is typically supposed to be used for infrastructure improvements.

Car and Driver noted that proposed Texas Senate Bill 1728 aimed to increase fees for EV owners to “make up for the gas tax they’re not paying.” The fees would be assessed to some 300,000 electric vehicles, which would raise nearly $40 million for use by the Texas State Highway Fund in 2022.

The bill was first introduced back in April 2021, with a goal of having it take effect on September 1, 2021. However, tracking the bill shows that changes have been made over many months. The last report related to the bill said that its effective date was moved from September 1, 2021, to January 1, 2022. However, details about its status remain somewhat unclear. As more information becomes available, we’ll either update this article or provide another.

It’s important to note that the Texas Department of Motor Vehicles and the Texas Commission on Environmental Quality was conducting a study related to Alternative Fuel Vehicle fees, though it officially expired on September 1, 2021.

What do you think of Texas’ potential EV fee? With the transition to electric vehicles accelerating, states won’t be able to rely on a gas tax forever. What’s the right answer here? Leave us your thoughts in the comment section below.