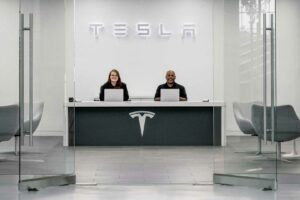 At the time, Musk reportedly wrote in the leaked email that the cuts were due to the fact that he had a “super bad feeling” about the economy. After the planned job cuts made the headlines, the billionaire entrepreneur confusingly said Tesla’s total head count would increase and that salaried staff would be “fairly flat.“

That was Musk’s way of saying that hourly workers, such as those who actually build cars and batteries, have nothing to worry about, with the cuts only concerning salaried workers.

Well, the job cuts appear to have already started, as several Tesla employees took to LinkedIn to announce that they have been laid off, according to Business Insider.

The publication found 11 LinkedIn posts from Tesla employees who said they had been laid off as part of the 10% job cuts. Expect to see much more of the same in the coming days and weeks as the company had around 100,000 employees at the end of 2021, according to a Securities and Exchange Commission filing.

The layoffs appear to have started last week and have accelerated since. Nine of the posts were published this week, while two were posted late last week.

Tesla appears to be making cuts in various departments, with the LinkedIn posts coming from a range of people across the company, including a project lead, a CGI animation lead, staff trainers, and a regional warehouse manager.

The job cuts have also affected senior roles, with Tesla’s Singapore country manager, Christopher Bousigues, confirming he had been laid off as part of the job cuts in a LinkedIn post over the weekend.

The layoffs appear to affect experienced staffers as well, with CGI animation lead James Foreman saying that he had worked at Tesla for six and a half years.

Musk has publicly said that he believes the US is headed for a recession. He also told Tesla staff that “remote work is no longer acceptable,” requiring salaried employees to return to the office and work a minimum of 40 hours a week.