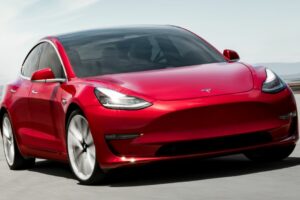 Tesla has announced that the Model 3 and Model Y will no longer come with a forward radar sensor for units delivered from this month. This is part of the company’s rollout of what it calls Tesla Vision, which will support Autopilot, Full-Self Driving (FSD) and certain active safety or driver assist features. The Model S and Model X aren’t part of this update just yet, as the company deems them as not its volume sellers currently.

With the removal of the radar, the new Model 3 and Model Y units will rely mostly on the car’s cameras, but the company said that certain features such as Autosteer, Smart Summon, Emergency Lane Departure Avoidance will be temporarily limited or inactive.

For instance, Autosteer will be limited to a maximum speed of 121 km/h (75 mph) instead of 145 km/h (90 mph) and a longer minimum following distance. The company says that features will be restored via over-the-air software updates in the coming weeks, while other features will be active.

Pure vision Autopilot is now rolling out in North America. There will be an update of this production release in 2 weeks, then FSD beta V9.0 (also pure vision) a week later. FSD subscription will be enabled around the same time.

This revision will affect cars built for the North American market, while units built outside the region will continue to have the radar equipped. Tesla says that this will continue until it can decide on an appropriate time to transition those vehicles to Tesla Vision.

In Tesla’s Q1 2021 report, it stated that “a vision-only system is ultimately all that is needed for full autonomy.” While Tesla has ditched radar on some of its models, other brands still continue to use them on their vehicles as they have the benefit of being able to operate in poor weather conditions and direct sunlight. The company was previously rumoured to add LiDAR to its sensor suite, although CEO Elon Musk has said in the past that it is “a crutch.”

On that mention, Musk also recently shared that “pure vision Autopilot” is being rolled out in North America, and that FSD Beta 9.0 will be released alongside a subscription model for the feature soon after. Prior to this, FSD was sold as a feature for its cars for USD10,000 (RM41,290).