Tesla Shopper Gets $15,000 Model S Due To One Faulty Battery Cell 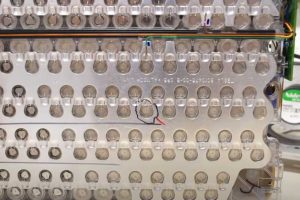 Remember when we told you Gruber Motors can isolate and fix battery cell issues?

Not long ago, we told you about Gruber’s new Tesla Model S battery pack repair process. Essentially, Gruber can analyze a battery pack, figure out if there are bad cells, replace them, and have you back in action. The company did just that with a used Model S, saving the used buyer some $15,000 or more.

Once we learned that the single cell repair/replacement cost a whopping $5,000, we were a bit shocked. If you bought an expensive Tesla and then had to drop another $5,000 for a cell repair, you certainly wouldn’t be happy. However, it’s a very involved process, which you can see in the video below.

For people with older Teslas, or for people buying cheap Teslas on the used market, this seems like a really good option. Battery pack replacements aren’t cheap. While Tesla was going to replace the pack in this car for $20,000, that’s not the case in all situations.

Interestingly, with Tesla’s eight-year/120,000-mile battery warranty, you might assume the pack would have been covered and replaced for free. However, that wasn’t the case. We’re not sure why, but this is not uncommon with warranties. Much like insurance coverage, the devil is often in the details.