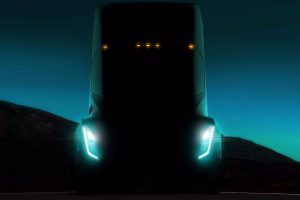 If the pilot program is successful. Mosaic will transition its entire 300-truck fleet to all-electric trucks.

A new Tesla Semi pilot program aims to be the world’s first in the logging industry. A recent report by CHEK Media, shared by Teslarati, reveals that Mosaic Forest Management already placed an order for three all-electric Semis, which it will use for logging in Canada.

Mosaic is located on Canada’s Vancouver Island. According to Teslarati, Mosaic’s vice president and chief forester, Domenico Ianndinardo shared in a statement to CHEK:

“To our knowledge, there’s no one in the world hauling logs with fully electric trucks in the mountainous terrain that we have here, so this would be a global first for fully electrified full log haul trucks.”

Once the pilot program is complete, Mosaic will decide if it’s going to move forward with the purchase and implementation of more fully electric semi-trucks from Tesla. Mosaic hopes to be carbon neutral by 2035. It also hopes to electrify its entire fleet – currently 300 trucks – if the pilot program is successful.

Interestingly, aside from more obvious advantages, Ianndinardo points out that electric trucks would be very helpful for areas like Vancouver Island. He says this is due to the fact that much of the logging happens at high elevations. So, the Tesla Semi could travel up, do its work, and then replenish some energy while traveling back down. He said:

In addition, it’s important to note that electric vehicle performance and efficiency aren’t impacted by elevation like gas-powered vehicles. Parts of Vancouver Island rise as high as over 7,000 feet. In general, every 1,000 feet of elevation can impact a gas vehicle’s power by about 3 percent.

To assist with the future of these all-electric haulers, EcoWest Driven is working to build out a charging network. The goal is to install some 45 charging stations by the fall of 2021. The stations would be specific to commercial electric trucks.

Follow the CHEK Media source link below for more information, and to watch the related video. When you’re finished, leave your takeaways in the comment section below.