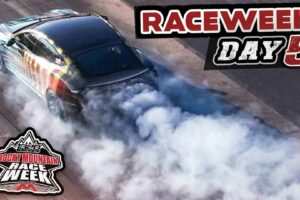 Whenever I see a video featuring any Tesla or powerful electric vehicle either being drag raced or just in an acceleration run from standstill, it’s always impressive how much traction vehicles seem to have when they just launch themselves off the line. However, the impressive undramatic start you see is possible thanks to advanced traction control that doesn’t allow for more torque than can be handled to be sent to the wheels.

This makes launches seem less impressive than they really are, just because there is no drama, and most EVs, even powerful ones, don’t allow for traction control to be switched off without having to pull a fuse or do some coding to disable it.

And this brings us to this video uploaded by Chillin’ with Chet, the Tesla Model S Tesla Model S Plaid ‘Ring Record: Everything You Need To Know owner who wanted to see if he could drive the vehicle under water. He couldn’t because no matter how much ballast was placed inside the Tesla, it still floated. But what happened after that was a complete failure of the car’s electronic aids, among which was traction control – that means the full available torque is sent to the tires without being pegged back.

With it disabled, ‘Uncle Chet’ handed the vehicle over to a professional driver who successfully drifted it around a track, although he did have some negative points to make about trying to control the vehicle using the yoke. What that video illustrated, though, was the fact that without electronics to reign in the power, the Plaid is very lively and tail happy.

And it can also extremely easily break traction in a straight line, light up all four corners instantly and leave plumes of tire smoke. In the latest video featuring this Plaid, Chet takes it to a drag strip where it really puts on a show – that full unrestricted torque must really be putting quite a bit of strain on the vehicle’s half-shafts, launching the way it does…