Tesla Is Helping Ukrainians In More Ways Than Most People Realize 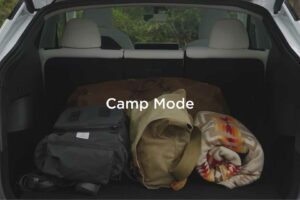 Tesla fans and owners may be aware of some innovative features in their cars that could prove especially useful during a catastrophe – Tesla’s Bioweapon Defense Mode is probably the first that comes to mind. However, while virtually any tech feature in a vehicle could certainly help in some way during a time of war, Tesla’s “Camp Mode” is getting the most attention in Ukraine.

We’ve published several articles about Tesla CEO Elon Musk helping Ukraine with access to internet services amid the Russian invasion. SpaceX’s Starlink terminals have arrived in Ukraine, more are on the way, and Musk has been communicating with Ukraine’s president Volodymyr Zelensky.

That said, new information has come to light from a Facebook post that Tesla’s Camp Mode is providing some Ukrainians with a place to store their gear and rest their heads. The post was discovered by our friends at Teslarati. It was posted by Bogdan Golovatiuk in Kyiv, Ukraine.

As you can see from the images above, these Tesla vehicles are loaded up with weapons, food, supplies, and more. According to Google Translate, the message reads:

“Now, in a period when fuel is not always in time to bring, an electric car has become especially indispensable for the city. And Tesla with Camp mode has become a home for many. Ukraine is many years ahead of all the countries around united on electrification, and we oppose the mordor as we can, not to drag us back, where “we are not ready yet”.

I am especially proud of the Tesla Community, I am glad to be one of you!
After the victory, we will make our fourth fest even more large, and I will gladly shake hands with everyone!!”

The related tweet below shows the Tesla Community helping Ukrainian refugees. Again, it talks about the delivery of food, supplies, and aid.

As we’ve already discussed in other articles, fuel is one of the key reasons electric vehicles may come in handy during wartime. If an EV already wasn’t a better option during a conflict and a fuel crisis, Tesla is offering free Supercharging for all EVs in areas around Ukraine.

Having off-grid access to energy, and being able to turn your car into a temporary home are probably not things many people think about every day, but they become critical in times of disaster. Having an EV that’s roomy and offers plenty of range would prove to be a big help as well.

Musk also recently tweeted encouraging the US to up oil and gas production to help people survive this mess, knowing full well it would go against Tesla’s mission, and could even negatively impact sales. He’s also urging Europe to push forward with nuclear power plants.

Check out the short Tesla video below to learn about Camp Mode: