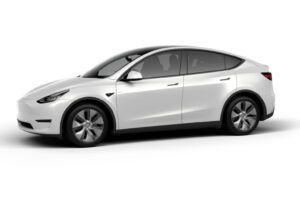 Tesla increased the price of the Model 3 compact sedan and related Model Y compact crossover this week. The base price of each electric vehicle increases by $2,000, and that follows a $1,000 price hike in July. The Performance trims of each model also increase by $1,000.

States have certain incentives that can lower the price for an electric vehicle, such as a $1,500 incentive in California. Tesla vehicles no longer qualify for any of the $7,500 federal EV tax credit, but that could expand with the passage of President Biden’s $3.5 trillion infrastructure bill.

Tesla didn’t disclose any feature changes or upgrades along with the price increase.

While the chip shortage affecting the automotive industry and sundry others might be attributable for the price increase, Tesla encourages impatient shoppers into the top models. The delivery date for the Model 3 Performance is November; a Model 3 base model ordered now won’t arrive until April 2022, Tesla estimates.

By that time the Hyundai Ioniq 5, Kia EV6 and a slew of other electric cars will join the Ford Mustang Mach-E, Volkswagen ID.4, and Chevy Bolt EUV in undercutting the Tesla duo at its current prices.