Tesla Heat Issue Drags On: Now It's Model 3s With No Heat Pump 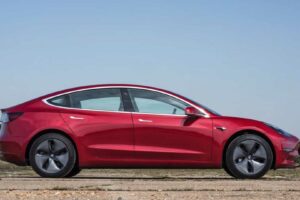 Drive Tesla Canada has been closely following the cabin heating issues impacting Tesla owners in cold climates, and for good reason. This is not only a hassle for Tesla owners, but also a dangerous safety concern. We commend the publication for its continued and balanced coverage.

For those unaware, Tesla Model 3 and Model Y owners in Canada and other areas with frigid temperatures are experiencing what’s said to be heat pump failure. In colder temperatures, their cars won’t warm up, and it’s a challenge to get the windshield de-iced and free of fog. Transport Canada and the NHTSA are involved and looking into the issue.

Tesla has been working to solve the problem for some time now. In fact, the automaker has already rolled out multiple over-the-air software updates. However, it seems that none of them have completely solved the problem. Many owners speculate that a hardware update may be necessary.

Tesla previously said the issue was presented due to an earlier software update, and a new firmware update should take care of it. CEO Elon Musk noted that it was a high priority and that the fix was rolling out. As far as we understand, the update has already happened, but some owners aren’t satisfied with the results.

A 2018 Model 3 owner reached out to the publication back in early January. Since then, Drive Tesla Canada has been tracking related data. It has learned via a Canadian Tesla Model 3 Facebook group that the problem is impacting others with and without heat pumps.

Interestingly, many Tesla owners shared that their heating system problems started right after the Holiday Software Update (2021.44.25.2), toward the end of 2021. Just this week, other Tesla owners have reported similar issues following a more recent update (2021.44.30.7).

Still, a 2018 Model 3 owner who has been communicating with the publication shared that Tesla Service says the problem is directly related to a software update. However, it’s important to note that it appears the two issues are unrelated. While it may seem somewhat coincidental that they’re happening at the same time, the recent cold temps are what alerted the owners to the problem in the first place.

According to Drive Tesla Canada, older Model 3 sedans without heat pumps are out of warranty. Sadly, they may have to have a new heating unit installed, which could cost over $1,200 out of pocket.