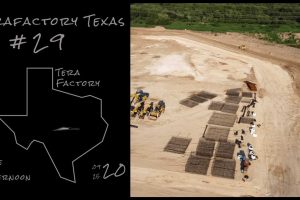 The first concrete has been poured, while the leveled area gives us glimpses of how the building will shape up.

Activity at the Tesla Giga Austin (known also as Terafactory) in Texas is probably at its highest level so far, as the site expands rapidly.

The overall progress over the past two weeks is amazing, and even Elon Musk said that construction is faster than Giga Berlin.

The main manufacturing facility of Tesla Giga Austin is expected to consist of three long buildings, but they will be covered by a single roof.

Here are some more videos, including an especially detailed one by Joe Tegtmeyer: