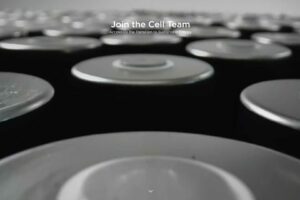 Tesla has arguably made a hit of a habit of investing in and/or acquiring battery companies and startups. However, to date, we haven’t really seen any official advancements related to such endeavors.

According to Electrek, the grant will work to provide cheaper battery cells that have greater longevity. Dahn already gets credit for increasing battery longevity, and he’s been working on a “1-million-mile” battery cell for some time. He’s currently working to produce batteries with more energy density, that will also be more durable.

Tesla’s official contract with Dahn was supposed to end this year, though it was arguably clear that wasn’t likely to happen. Dahn has changed his title and capacity over the years, and while he still has ties to the Canada-based battery research group, which he’s currently advising, he’s also moved on to other related jobs. Nonetheless, the team formerly headed up by Dahn, now chaired by Dr. Chongyin Yang and Dr. Michael Metzger, has extended its contract with Tesla until 2026.

Based on a report first shared by Electrek, Tesla has officially donated $3.1 to a grant that’s specifically for the battery research group. It totals $6 million, so Tesla’s investment makes up a little over half of the grand total. The announcement reads as follows, via Electrek:

“Faculty of Science researchers Jeff Dahn, Chongyin Yang and Michael Metzger are the recipients of $2.9 million in funding from the Natural Sciences and Engineering Research Council (NSERC) and an additional $3.1 million from Tesla to help develop advanced batteries for electric vehicles and grid energy storage.”

Dahn issued a comment related to the donation essentially thanking NSERC and Tesla. He says the investment will allow him to work with Yang, Metzer, and Tesla to “solve many remaining puzzles that will help improve battery lifetime and lower cost.”

Interestingly, Tesla also issued a comment related to the donation/investment. According to Electrek, it reads:

“We are thrilled for our work with Dalhousie, Dr. Jeff Dahn, Dr. Chongyin Yang and Dr. Michael Metzger. We are excited and look forward to their important contributions in battery technology to help achieve our mission.”

Check out the Jeff Dahn video interview below, produced by our good friend Sean Mitchell: