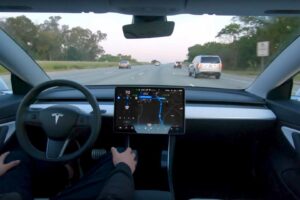 Tesla CEO Elon Musk and many vocal members of the Tesla community have been talking about the upcoming Full Self-Driving Beta version 10.13 for some time now. With each new version of the software, it seems there’s certainly some excitement, though some updates are much more substantial than others, and FSD Beta 10.13 appear to be a biggie.

Tesla has been rolling out incremental updates to its FSD Beta technology ever since it first launched the program. The updates are typically expected every two weeks, though that’s not always the case. In fact, while there was a string of updates that happened in two-week intervals, it seems the updates simply come when they’re ready, even if the internal goal is to hit the two-week mark.

Once Tesla’s Autopilot and Full Self-Driving Beta development team finishes the software update, it gets tested internally and then sent to employee cars for a time before being released to the fleet of beta testers.

With all of that said, several people in the Tesla community are now reporting that FSD Beta 10.13 is rolling out to customers’ cars. Teslascope, a Twitter account that tracks Tesla’s updates, sent out the following tweet early this morning.

With each rollout comes a new set of release notes, and Tesla owners typically share them online. As previously mentioned, sometimes the updates appear to be minimal, but lately, they’ve been much more significant. Tesla owner and FSD Beta tester Whole Mars Blog shared screenshots of the version 10.13 release notes.

CEO Elon Musk recently noted that this specific updated version of FSD Beta would be better at handling difficult left turns, such as unprotected lefts.

Musk also said that the recent set of updates is already “mostly at v11.” While Tesla fans and owners have been excited about FSD Beta version 11 coming soon, it seems Musk is trying to make it clear that it’s not going to be as big of a deal as was previously expected thanks to the recent series of significant updates.

This all comes on the heels of the announcement that Tesla’s Director of AI and Autopilot Vision Andrej Karpathy has left the company. He recently took some time off, though it seems many folks may have expected his that he was on the way out.