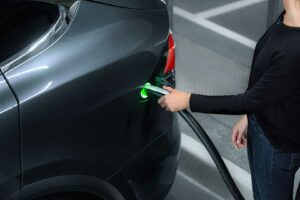 Texas has been having intermittent issues with its dated power grid for years, though these past few winters have brought the issue into the eyes of the media. Now, as hotter temperatures are upon us, the state’s grid is struggling once again.

The increased demand for electricity in the Lone Star State has caused officials to alert customers of potential issues, requesting that they work to conserve energy. ERCOT, the Electric Reliability Council of Texas, recently announced that six power plants had tripped due to the excessive power use associated with rising temperatures.

The council issued the following statement via Electrek. Essentially, customers are being asked to limit the amount of power they use between peak times, 3:00 PM to 8:00 PM.

We’re asking Texans to conserve power when they can by setting their thermostats to 78-degrees or above and avoiding the usage of large appliances (such as dishwashers, washers and dryers) during peak hours between 3 p.m. and 8 p.m. through the weekend.”

Meanwhile, Tesla became aware of ERCOT’s request, and it sent out an alert to all of its vehicle owners in the state. The simple alert popped up on peoples’ Tesla touch screens making them aware of the grid concerns and advising them to avoid charging during peak times.

Electrek received information about the Tesla touch screen notification via Reddit, which was shared by Tesla owner Karlan Mitchell:

“A heat wave is expected to impact the grid in Texas over the next few days. The grid operator recommends to avoid charging during peak hours between 3pm and 8pm, if possible, to help statewide efforts to manage demand.”

As you are likely aware, Tesla just recently opened a brand-new factory in Austin, Texas, CEO Elon Musk has relocated to the area, and the company’s headquarters has officially moved from California to Texas. Texas is also home to SpaceX’s Starbase launch site.

Musk has been encouraging people to move to the Austin, Texas, area and apply to work at Tesla. He’s also suggested that builders ramp up efforts to make more housing available. However, most importantly, Tesla has already been working on plans to help Texas with its failing power grid.

Thus far, Tesla has started supplying energy storage for Texas to the tune of 81 Megapack commercial batteries. Electrek says Tesla plans to continue in its efforts to help, and it will roll out residential storage and solar systems as well. In fact, the company is already installing solar roofs and Powerall batteries in new home construction projects in Austin.