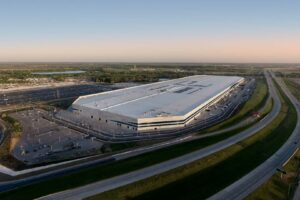 It should come as no surprise to most people that Tesla is hiring to fill positions at its new Gigafactory in Austin, Texas. However, with the global chip shortage and other supply chain constraints, along with the unknowns related to the timing of Tesla’s production ramp, it may seem quick to some that Tesla is making public announcements about hiring.

That said, CEO Elon Musk has said in the past that employees may be hard to come by, and he’s been pushing for people to move into the Austin, Texas, area since the middle of last year. In fact, he also pressed for an uptick in housing in the areas surrounding the massive automotive and EV battery factory.

Just yesterday, Tesla’s Project Director for the Office of the CEO Omead Afshar took to Twitter to announce that the company is hiring at Giga Texas.

Teslarati pointed out an interesting bit of information it found on Tesla’s hiring page for the new Texas factory. It reads:

“It doesn’t matter where you come from, where you went to school or what industry you’re in—we are currently hiring individuals of all levels. If you’ve done exceptional work, join us in solving the next generation of engineering, manufacturing and operational challenges as we accelerate the world’s transition to sustainable energy.”

Musk has also maintained over the years that a college education isn’t necessarily what he’s looking for in a proper candidate. Rather, he wants to know about the work they’ve done in the past, and how they’ve proven themselves successful, especially when it comes to solving difficult problems with innovative methods.

In early 2021, Musk said Tesla would need 10,000 employees for Giga Texas through 2022. He also touted the area as a great place for people to consider relocating.

If you take a look at Tesla’s hiring page for Giga Texas, you’ll see that there are a variety of positions available, including over 40 that are related to construction and facilities. Meanwhile, there are nearly 200 manufacturing positions. If you’d rather consider a job in factory operations and business support, there are currently seven positions posted.