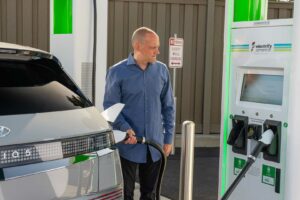 The reliability of the public DC fast-charging stations is a crucial element of electrification and, according to a recent study, it’s disappointing right now.

“An EVSE was evaluated as functional if it charged an EV for 2 minutes or was charging an EV at the time the station was evaluated. Overall, 72.5% of the 657 EVSEs were functional. The cable was too short to reach the EV inlet for 4.9% of the EVSEs. Causes of 22.7% of EVSEs that were non-functioning were unresponsive or unavailable screens, payment system failures, charge initiation failures, network failures, or broken connectors.”

It’s an unacceptably low level, considering the fact that DC fast chargers are critical infrastructure for transport, as well as at the current stage, the distance between charging stations often does not allow to skip a charger and we need to convince the general public that BEVs are a practical and reliable solution.

The result is far lower than previously reported and, according to the study, it’s not bad luck, as a random evaluation of 10% of the chargers, approximately 8 days after the first evaluation, demonstrated no overall change in functionality results.

The paper notes that the level of 72.5% is far below the 97 to 99% minimum uptime required by public funding agencies.

For the sake of the industry, the authors propose to create a new standard to measure the reliability of charging infrastructure, which is a pretty good (and late) idea, considering that billions will be spent on more chargers.

“This level of functionality appears to conflict with the 95 to 98% uptime reported by the EV service providers (EVSPs) who operate the EV charging stations. The findings suggest a need for shared, precise definitions of and calculations for reliability, uptime, downtime, and excluded time, as applied to open public DCFCs, with verification by third-party evaluation.”

In regards to the type of issues, the highest share seems to be Payment system failure (7.2%) and Charge initiation failure (6.4%), followed by an Error message on screen (3.7%) and a Blank or non-responsive screen (3.5%), while only 1.1% was caused by Connection error or 0.9% by Connector broken. It suggests that the issues are often related to communication and software. 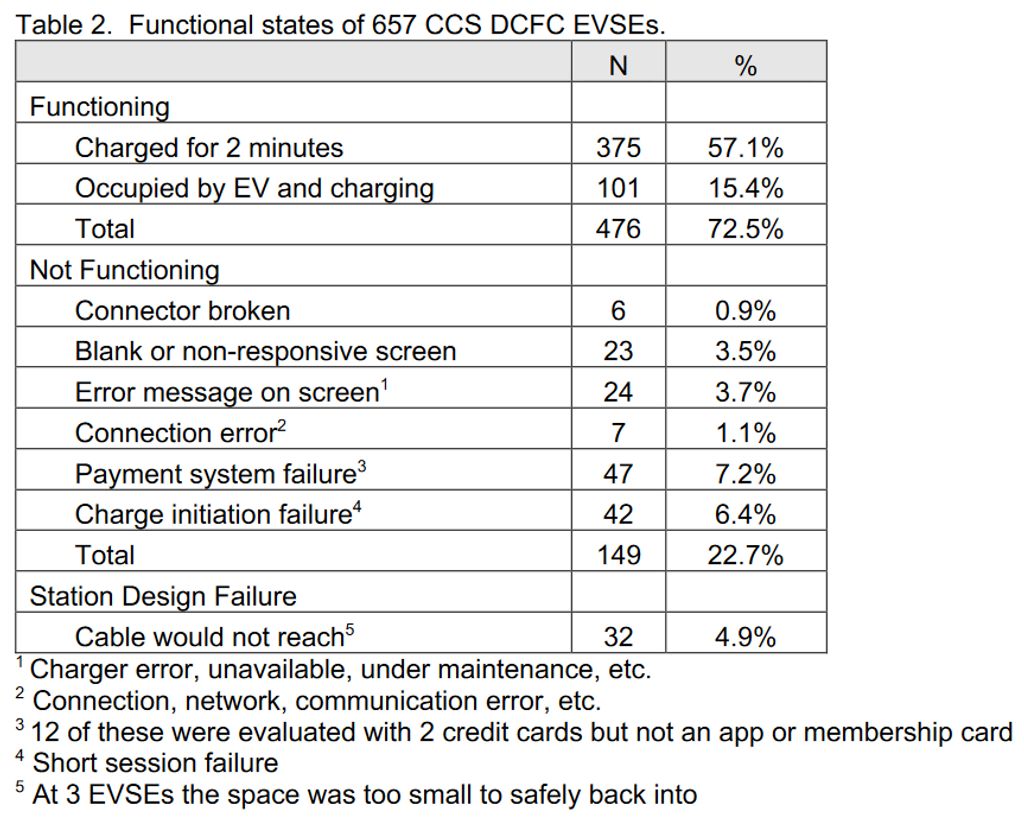 Another interesting thing is the reliability of particular charging networks. There were three large samples ChargePoint, Electrify America and EVgo, which together accounted for 639 or 97.2% of all tested chargers.

As we can see below, there are all far below acceptable levels – ChargePoint at 61.4%, EVgo at 72.7% and Electrify America at 73.9%. A surprising thing is that in the case of Electrify America, the cable length is an issue at 7.1% of the stalls. 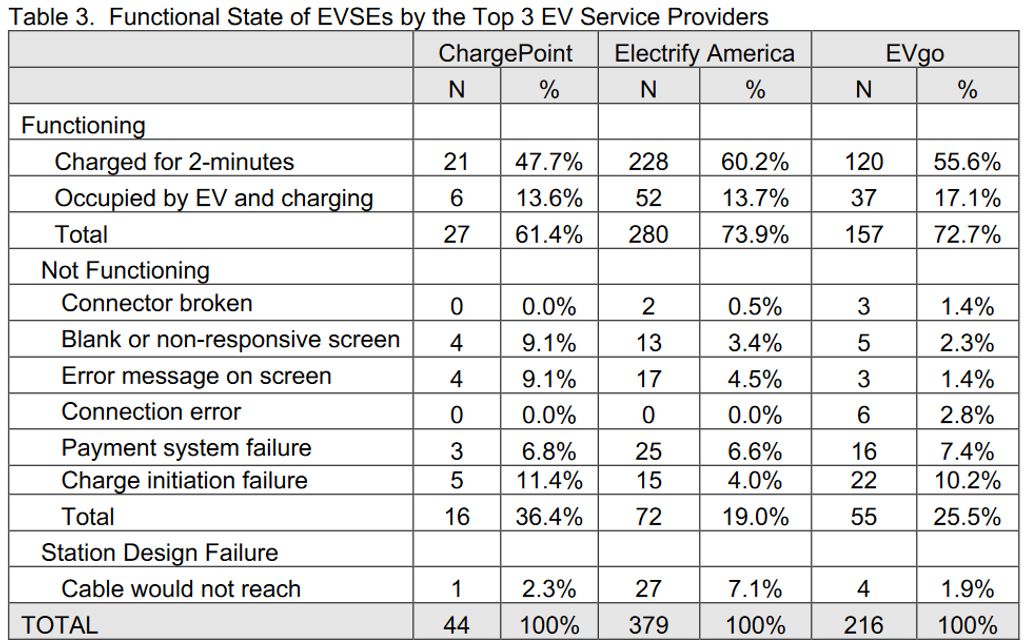 For reference, the Tesla Supercharging network (which is not CCS in the US) is – according to Tesla – 99.96% reliable, using a very different methodology.

It would be great if the authors would conduct the same study on Teslas and Tesla Superchargers to see the result.