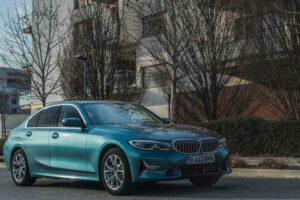 One of the many advantages EVs hold over their ICE counterparts with far more moving parts is their simplicity. We’ve heard for many years that an EV is more affordable to maintain and service compared to ICE, but electric vehicles are still quite new on the market and this hasn’t really been studied – in some cases, they are even more expensive to service, especially in the first year.

But now there’s a new study out that announces what we already knew and expected: servicing an EV is, in fact, cheaper than ICE especially by the time a vehicle hits the 36 months mark – that still doesn’t exclude it being more expensive in the first year, but the study says that by the end of the third, it will be up to three times cheaper. Automotive News published the findings of a study carried out by Deepview True Cost, stating that

The source also quotes James Davies, the CEO of We Predict, who added that

The data shows that maintenance costs are lower and maintaining an electric engine over the medium-to-long term is significantly cheaper and less fraught with larger repairs than ICE engines.

This comes in the context of ever increasing service costs for new vehicles – the average cost, according to IHS Markit, went up by 11 percent for a 2018 model year vehicle versus one from 2016, to $731 for the first 36 months. For premium vehicles, the difference between 2018 and 2016 model year is even larger, 18 percent, or $1,513 for the first three years.