Study Claims Crashes Increase In States Where Marijuana Is Legal 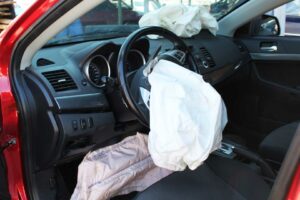 There are still many unknowns in the data.

As more US states legalize the sale and use of marijuana, some folks are asking questions about how it pertains to vehicle safety. Operating a motor vehicle under the influence of weed is a major no-no, and the Insurance Institute for Highway Safety (IIHS) has some evidence to suggest it’s leading to more crashes. Of course, it’s not quite as simple as that.

The study observed crashes in the United States over a period of 10 years, from 2009 through 2019. It took into account the number of accidents where injuries occurred as well as fatal crashes, and it also compared data between states where marijuana was legal or illegal. The study goes considerably deeper than that – you can dive into the full 25-page report at the IIHS website but the takeaway is that injury accidents were 6.6 percent higher on average in states with legalized pot. Fatal accidents were up by 2.3 percent on average, though IIHS considers that figure nonsignificant.

Taking it a step further, the study also compared figures between states where marijuana wasn’t just legal, but part of a notable retail sales market. The stats are similar, but with both legalization and retail sales combined, IIHS recorded a 5.9-percent increase in injury crashes and a 3.8 increase in fatal crashes.

It seems pretty cut-and-dry, but IIHS also points out the statistics were inconsistent across states where marijuana is legal. While the average comes in at 5.9 percent, the study notes a range spanning from an 18 percent increase to an 8 percent decrease. The study also recognizes other factors not related to marijuana could contribute to the results, and the average increase doesn’t necessarily mean more people are operating vehicles while impaired. Basically, it highlights the correlation and suggests more observations are needed. Still, the conclusion is an interesting one to say the least.

At the end of it all, the message is simple. Don’t get behind the wheel if you’re jacked up on pot, alcohol, or anything that messes with your head. Stay safe out there, everyone.