Storm Jorge UK: Drivers warned of road closures and disruption due to heavy rain and winds

Storm Jorge is the third UK storm to hit the nation this month meaning roadside infrastructure such as trees and road signs have already been weakened by previous damage. The Met Office has issued a yellow weather warning across the nation with special updates in place for motorists seeking to travel over the weekend.

According to The Met Office rain is set to hit parts of the South West and Northern England today and tomorrow.

The experts also warn some communities may be completely cut off by flooded roads which could block access.

Wind warnings for Sunday could bring delays to road users with high-sided vehicles and motorists on exposed routes and bridges likely.

Coastal routes and communities near the sea will be affected by spray or large waves which could also cause delays. 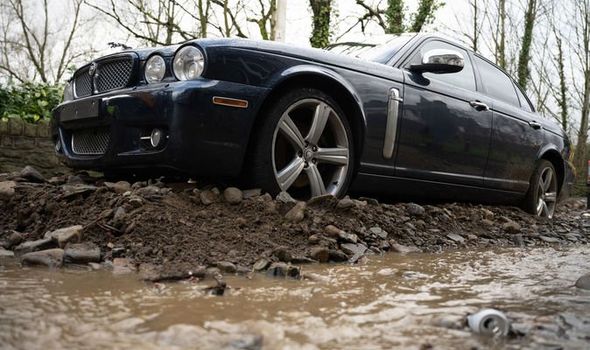 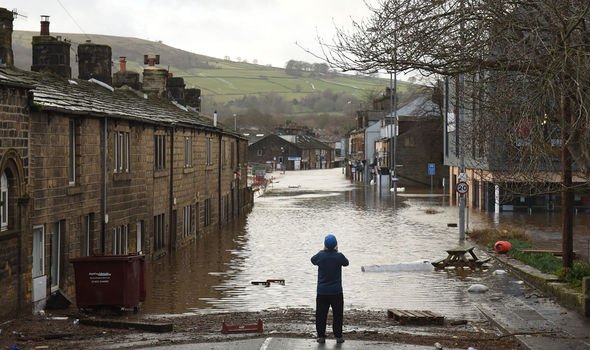 Which regions could be most affected by road closures?

Weather warnings for rain have been issued to parts of Wales and North Westerly regions between Manchester and Newcastle Upon Tyne.

These areas have suffered heavy flooding over the past month with Storm Ciara and Storm Dennis closing roads.

Heavy rainfall could see many roads flooded which will limit access for motorists to access smaller towns and villages.

Larger motorways are less likely to be impacted by flood damage but heavy rain and extra congestion could cause delays to journeys.

Roads were closed in parts of Cornwall on Friday morning after local councils closed roads which were considered at the highest risk of flooding.

A number to roads near Gloucestershire remain closed due to flooding with the A417 still affected by previous damage.

Telford and Wrekin Council also said road closures had been put in place across Shropshire due to the risk of further flooding.

Will the roads be damaged?

Road closures may be issued for immediate flooding but extra damaged can always be noted in the wake of heavy storms.

Pothole figures have soared in the wake of Storm Ciara and Storm Dennis with motorists being caught out across the UK with damage.

A giant pothole caused a slip road on the M62 to close on Monday after several vehicles suffered damage.

Social media users also claimed extra potholes have cropped up in areas such as Barnet, Birmingham and Lincolnshire.

Potholes are caused when water seeps through cracks in the road and freezes, pushing the tarmac upon ad causing a crater to form.

Heavy rain across the UK is likely to see more damage across the road surface which could leave motorists with expensive car repairs. 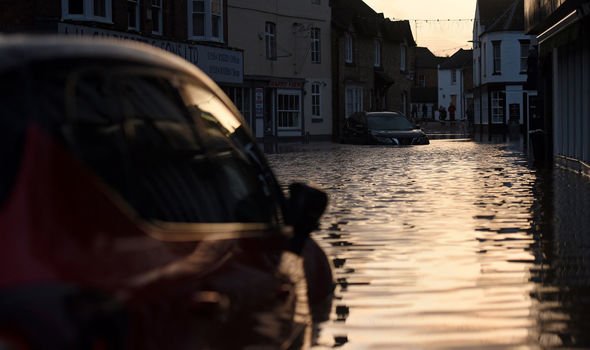 How to avoid being caught out in heavy rain

Just days ago, Highways England released footage of a car spinning in heavy rain to warn motorists of the dangers of driving in storms.

According to the RAC, road riders can avoid skidding in heavy rain by making sure their vehicle is in a higher gear which will help avoid wheel spin.

Motorists should also avoid any sudden braking or sudden wheel movements which could cause the car to lose control.

Road users who start to spin should ease off the accelerator which could help the car pick up some traction.