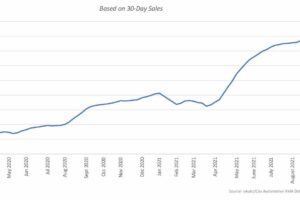 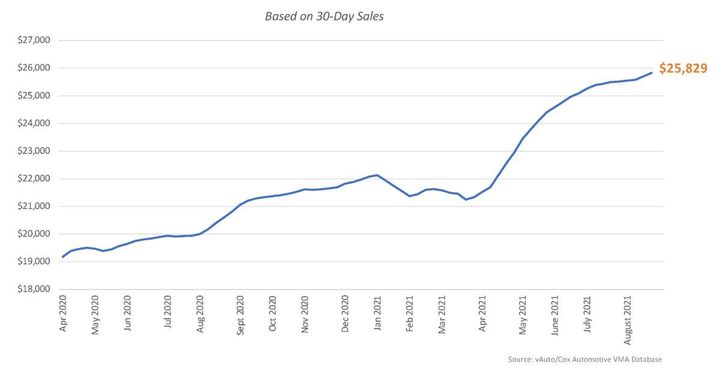 The average listing price for used vehicles set another record in August as vehicle inventory dipped, according to the Cox Automotive analysis of vAuto Available Inventory data summarized in a Sept. 21 news release. Although available supply fell, days’ supply held steady throughout August because sales slowed.

He added: “This situation is likely to persist until the new-vehicle supply crisis passes.”

The Cox Automotive day’s supply is based on the daily sales rate for the most recent 30-day period, which ended August 30. About 1.77 million used vehicles were sold in that period, down from the 1.78 million sold in July. Compared with August 2020, sales were off 2% and were down 5% from 2019.