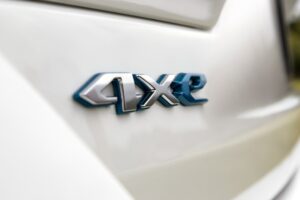 Stellantis is determined not to be a laggard in the race to an all-electric future. As such, the company is accelerating its plans and upping its spending on its electric vehicles, platforms, technology, batteries, and plants so that it can be a major player in the space around roughly the same timeline as competing automakers.

Stellantis is the new company formed by merging Fiat Chrysler Automobiles and PSA Group. The automaker consists of 14 brands, all of which are turning their attention to EVs, including American stalwarts Jeep, Ram, and Dodge.

This means we will see an all-electric Ram 1500 full-size pickup truck in 2024—two years after the 2022 GMC Hummer EV enters the market this fall. Also due in 2024: an electric Dodge muscle car. And every Jeep model will offer a battery electric powertrain option by 2025, including the new Jeep Wagoneer and Jeep Grand Wagoneer families. We also got a first look at the new 2022 Jeep Grand Cherokee 4xe plug-in hybrid that will be officially unveiled the New York Auto Show.

This is an opportunity to reset the clock, chief executive officer of Stellantis, Carlos Tavares, told investors during a virtual broadcast to outline the company’s EV strategy. The previous business plan has been updated and the new strategy includes spending more than €30 billion (approximately $36 billion) over the next five years to meet the goal of electrifying 98 percent of its new models by 2025. While some will still be plug-in hybrids, Tavares said the vast majority will be battery electrics.

The automaker expects to have 55 electrified vehicles for sale in the United States and Europe by 2025. By 2030, battery-electric and plug-in hybrid vehicles will account for more than 40 percent of sales in North America and 70 percent in Europe. Eventually, China will also have a strong EV lineup.

Engineers have developed four dedicated EV platforms: STLA Small, STLA Medium, STLA Large and STLA Frame to ensure the full gamut of vehicle types, sizes, and shapes, are offered as EVs, from subcompact Fiats to body-on-frame Ram trucks and commercial vans—a lucrative segment where Stellantis aims to beat Ford as the global leader. A hydrogen fuel cell medium-sized commercial van is coming at the end of 2021.

Driving range is estimated at 300 miles on a full charge for vehicles riding on the STLA Small platform, 440 miles for STLA Medium-based models, and 500 miles for STLA Large and STLA Frame EVs. The flexible platforms will accommodate differing numbers of battery packs with capacities ranging from 37-200 kWh. Performance models will be able to go from 0-62 mph in 2.0 seconds, executives said, while being able to snag 200 miles of driving range from a 10-minute fast charge for road trips.

The automaker did not go into detail about its plans for every one of its brands (14 is a lot), but it did reveal taglines for each, which give us clues as to the direction Stellantis plans to take each in. Chrysler is being billed as offering “clean technology for a new generation of families”, which suggests minivans and SUVs remain its mainstay. And Maserati is defined as “the best in performance luxury, electrified.”

The Opel brand has nine electrified vehicles currently and will have electrification across its entire portfolio by 2024. There are also plans to introduce Opel to the China market and to bring back the Opel Manta sport coupe as a reinvented Manta e (as in electric) by the middle of the decade.

Fiat will also phase out cars that use internal combustion engines. All future Abarth vehicles will be electric starting in 2024. Every model line in the Fiat lineup will have a BEV option by then, too. Fiat will be an EV-only brand by 2030.

The automaker is working on a dual-chemistry battery solution that uses a high energy-density nickel-based battery as well as a NiCo-free (no nickel or cobalt) battery chemistry. Stellantis said it will also have a solid-state battery by 2026.

Five battery factories are planned, starting with three plants in Europe (in France, Germany, and Italy). Details on battery plants for North America will come at a later date. Combined, the five factories will provide 260-gigawatt hours of battery capacity by 2030—half that capacity will be available by 2025.

Engineers have also developed three electric drive modules that can be configured for front-, rear-, or all-wheel-drive setups. Standardized battery packs will be used by all models and brands. Software developed in-house will allow for over-the-air updates to keep vehicles current.

Tavares bristled at the suggestion Stellantis is behind in the EV race, noting its brands will have 30-40 electrified models on sale this year. “We are already in the race,” he said. “It’s a rolling start.”