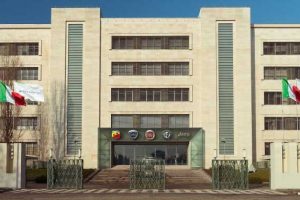 Cost-cutting is crappy business—but typically, that’s because it involves laying off workers, closing factories, killing off fun car lines, and so on. Right now in Italy, however, Stellantis is implementing a series of cost-cutting measures at several Fiat factories—including the one that builds the new 500—has workers and the unions representing them red-faced and clammy.

Stellantis, you see, is a new automotive conglomerate born from Fiat Chrysler and PSA Group’s recent merger, and it is working to reduce labor costs at Fiat plants in Italy, an effort that’s close to clogging up as worker opposition piles up. And it’s not because those workers are losing their jobs, which Stellantis has promised to keep. But the company is looking to save nearly $6 billion annually without closing any plants. Money’s gotta be flushed from somewhere, and according to Automotive News, Stellantis has zeroed in on the cost savings it can pinch off of bathrooms.

The efforts are making headlines in Italy, although it’s unclear if this is a top-down directive or plant managers’, ahem, creative response to a general request to cut costs. Moves are afoot to reduce bathroom cleaning shifts and “temperatures” along with cutting the number of toilets available.

Unions aren’t taking the news sitting down. Some have noted that with COVID-19 still a concern, reducing toilet counts could also dump on social distancing efforts. Others claim that their plants are running at full capacity—so, too, presumably are their commodes. As an automotive publication, we take umbrage with anyone looking to reduce seat time for our readers—admit it, there’s a good possibility you’re reading this from your porcelain office—so to Stellantis, we say this: Cut the crap and save a buck elsewhere.