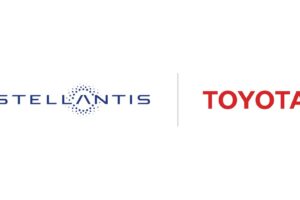 Stellantis and Toyota have an existing partnership with a focus on light commercial vehicles for the European markets. The two companies now announce the expansion of this partnership that will now grow to include a brand new large commercial vehicle, which will become the third body type to come from the two international automakers. Even more importantly, it will get a fully electric version.

There’s not much to report regarding the tech specifications of the new LCV, though it is now official that it will be developed by Stellantis and supplied to Toyota for sale in Europe. The new workhorse will be produced at two different Stellantis locations on the Old continent, namely its plants in Gliwice, Poland, and Atessa, Italy.

When it hits the market in 2024, it will become Toyota’s first model in the large commercial vehicle segment in its history. While nothing can be confirmed at the moment, the new model is likely the successor to today’s Ducato, which will get a zero-emissions variant.

“With this third successful engagement, Stellantis is further demonstrating its expertise in the commercial vehicle segment and in developing battery-electric technology built to support a full range of needs,” Carlos Tavares, CEO of Stellantis, comments. “This agreement strengthens our leadership in the EU30 for LCVs and low emission vehicles and moves us a step closer to realizing our Dare Forward 2030 goal of becoming the undisputed global light commercial vehicle leader, in terms of technology, manufacturing, market share, and profitability.”

Stellantis and Toyota have been collaborating on light commercial vehicles since 2012. Basically, Toyota is paying to receive versions of the existing LCVs on sale from the different brands under the Stellantis umbrella and to sell them to European customers with a Toyota badge.

The LCV segment in Europe accounts for a significant portion of the overall new car sales on the continent. Despite a huge decline during the first quarter of 2022 (-18.1 percent), new commercial vehicle registrations in the EU totaled 411,097 units. This figure is according to data provided by the European Automobile Manufacturers’ Association, which unites Europe’s 16 major car, truck, van, and bus makers.