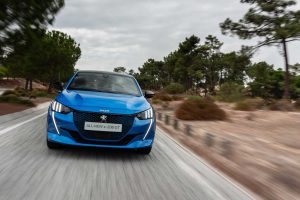 July is responsible for more than a quarter of the total year-to-date new plug-in registrations.

July supposed to be a slower month of the year in terms of car sales in Spain, but not this time. Thanks to new incentives, the overall market showed 1% of growth year-over-year, while the plug-in segment in particular surged to a new record of almost 4,000!

The most interest was in plug-in hybrids:

The Peugeot e-208 was the top-selling model for the month of July with 255 registrations (record), while the top five for the year is as follows:

As we can see, great results were posted also by Ford Kuga PHEV (Ford Escape PHEV in the U.S.). 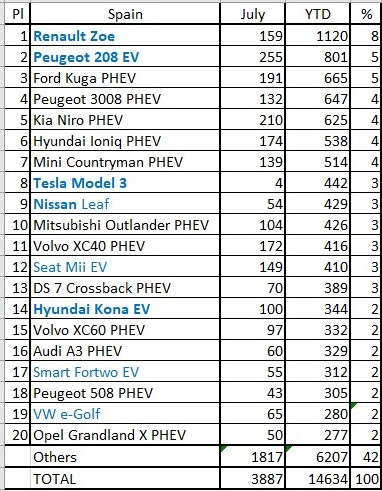