Home » Some California EV Owners Allegedly Switch Back to Gas

Some California EV Owners Allegedly Switch Back to Gas 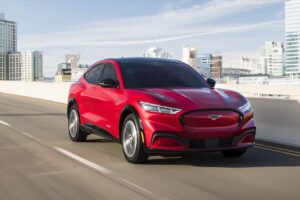 In a study published in the journal Nature Energy by the University of California Davis, researchers Scott Hardman and Gil Tal surveyed Californians who purchased an electric vehicle between 2012 and 2018 and found roughly one in five switched back to owning gas-powered cars.

Most indicated they found charging the batteries was a pain. Business Insider published a story on the study that said of those who switched to gas, more than 70 percent lacked access to Level 2 charging at home, and slightly fewer lacked Level 2 connections at their workplace. This seems odd considering essentially Level 2 charging at home can happen with any 240V outlet which the EPA notes most home owners already have. True, some installation service might be needed to install a charging station in your garage, but most homes are already capable. The EPA also notes that companies have increased workplace charging 70 percent (and growing) since 2014. The study didn’t say why four out five EV owners stick to EVs, nor why it relied on some outdated data (there were only six EVs even available from OEMs in 2012, for example).

The Business Insider story says that a Mustang Mach-E EV plugged into a Level 1, 120-volt household outlet for an hour gave a Bloomberg automotive analyst just three miles of range, so 36 miles overnight. He told the website that he ended up taking the car to his office to charge it. A Level 2 charger puts out around 240 volts of power. The analyst says if you don’t have Level 2 “it’s almost impossible.” Two-thirds of EV drivers in the survey said they didn’t use them but didn’t say why not.

“The study definitely makes for an interesting headline and is attention-grabbing,” a Ford official told Autoweek. “These are issues we think a lot about. However, our POV is contrarian to this article for several reasons.”

The Ford official points out that not only does the study focus on EV owners from 2012-2018, but the majority of the research is on the early end of the time frame. “An incredible amount of progress has been made in the nearly 10 years since the study timeframe began,” the official told us. “Range has significantly improved across the board on newer EV models, striking a much more confident tone in current and future EV drivers.

He pointed out that DC fast charging was essentially non-existent in the early part of the UC Davis study. Since then, fast charging companies like Electrify America and others OEMs are partnering with are able to deliver charging experiences in minutes.

“Using the Mach-E for example, customers can charge up to 59 miles in just 10 minutes, or 10-80 percent of their battery in just 45 minutes.

“Infrastructure growth of DC fast charging will continue to grow rapidly in years to come, especially with support from the Biden Administration.”

He told us OEMs agree that Level 1 is not efficient, but that Level 2 charging at home and in public, at work for example, will meet the needs of most all EV drivers. He also said education around EVs is an important part of the equation today, and efforts from OEMs is making the transition a lot easier.

“Shifting from the traditional internal combustion engine vehicle to an EV does require changes to the usual pattern of how you keep your car fueled up,” Stephanie Brinley, IHS Markit’s principal automotive analyst, told Autoweek. “For most, the changes are not onerous. Having a home base to charge at daily, whether it’s at home or office or apartment complex garage, is something that can make a massive difference to how easy or difficult the transition can be. People buying EVs today are still very early adopters of the technology; not all will be converted by their first experience. It does not mean the technology will fail, but it is not yet the right solution for all buyers.”

Researchers Hardman and Tal warned that this trend could make it harder to achieve California’s EV sales targets, as well as grow the EV market elsewhere. “What is clear is that this could slow PEV market growth and make reaching 100 percent sales more difficult,” they said. They also said “fixing the charging issue” requires more automaker participation, though OEMs have yet to make EVs at a profit.

“We don’t disagree that infrastructure remains a growth opportunity across the board to help continue to build range confidence,” the Ford official told us, “but think recent efforts are much more encouraging than the article and study imply.”

Log into the comments and tell us what you think of EV charging.