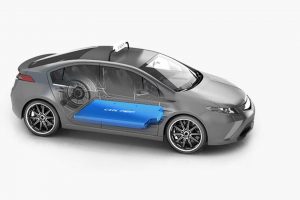 According to data provided by SNE Research, the total battery capacity installed in xEVs registered in January amounted to 13.7 GWh, which is 94% more than a year ago. The good news is also that most of the suppliers are growing.

CATL has the biggest reason to be happy as not only the volume of 4.3 GWh is the highest, the market share is huge 31%, but the growth rate is outstanding at 166% year-over-year.

The two next suppliers – LG Chem’s LG Energy Solution and Panasonic – are also growing at over 50% each, but their volume of 2.5 GWh and 2.1 GWh respectively is not that impressive. From the rest of the pack, only BYD was able to exceed 1 GWh.

The year 2021 will be another passionate race as the market is growing and evolving quickly. Only time will tell how Tesla’s 4680 battery cells will affect the market.

In the longer horizon, maybe one of the startups with promising next-generation battery chemistry will be able to join the global players. However, we would expect an acquisition or licensing rather than building a battery manufacturing business from the ground-up.