Home » Car Reviews » Should you warm up your car engine every morning? – paultan.org

Should you warm up your car engine every morning? – paultan.org 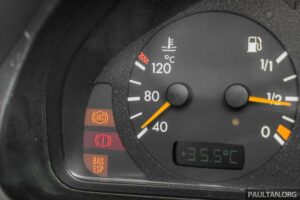 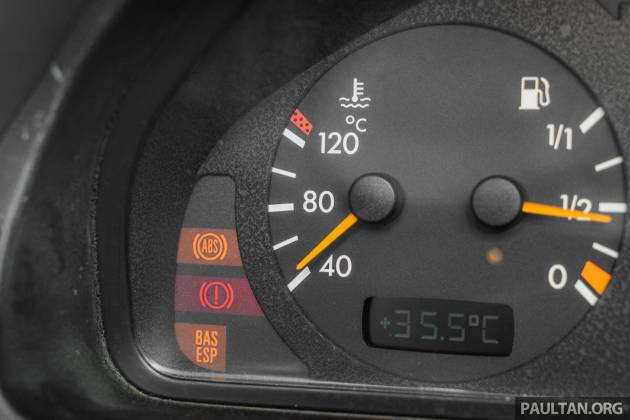 At some point in your driving life you will inevitably come across a person, invariably an older gentleman, who will advise you to warm up your car before driving. “Start the car, wait a few minutes, then only start driving,” he’ll probably say. “Your car needs to warm up first, until the temperature needle reaches the middle of the meter. If you start then drive, your engine sure kong one!”

So you do. It becomes your morning regimen – you crank the engine, go back in to finish your coffee and pack up your things, lock up the doors, and only then will you get in the car, fasten your seat belt and set off. You may be burning some fuel, you might be thinking, but at least your engine will be at the peak of its health, and you won’t have to worry about the costly repair bills you sometimes see on social media.

But are you really doing your car any good? And is there any truth in that uncle’s advice? In case you need to know the answer right now and can’t be bothered to read the rest of this article, no, you do not need to warm up your engine before driving. Not only are you wasting all that fuel, but you are also causing more harm than good to your engine.

So where did this urban myth come from? As always, there is a little bit of truth to it. In the olden days, engines relied on mechanical carburettors to deliver the air and fuel. Petrol doesn’t vaporise well in colder climates (we’re talking about countries with actual winters, not Genting Highlands), so engines back then needed to run richer to improve combustion and prevent them from stalling out, until they became warmer. 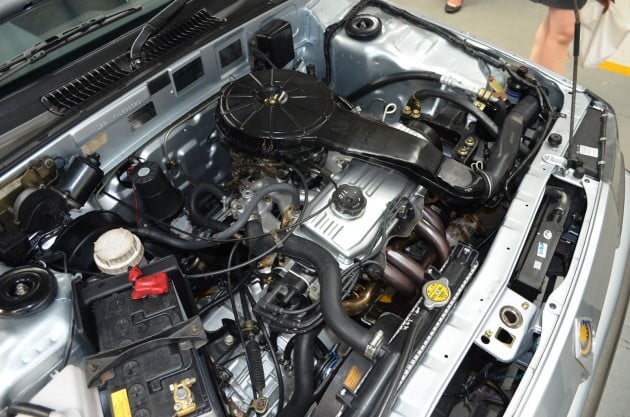 Since there was no computer to help dump extra petrol into the cylinders when the engine was cold, the only real way to do so was to let the car idle until the optimum temperature was reached. What you may not have realised is that the said uncle’s knowledge is about as outdated as flossing (the dance, not the dental hygiene practice, which you should definitely still do).

Unless you’re holding on to an original Proton Saga or an early Perodua Kancil, your car will almost certainly come fitted with electronic fuel injection, which is able to adjust the air-fuel mixture to suit different driving conditions. The ECU can monitor the operation of the engine using various sensors and, if required, simply inject more (or less) fuel and run the engine richer (or leaner) – no chokes or idling necessary.

“But what about the engine oil?” the uncle will probably ask at this point. “It’s all stuck at the bottom of the engine. If you don’t warm the engine up, the oil won’t circulate, then you will destroy your engine!” Yes uncle, but you’re forgetting one important fact – engines warm up faster when the car is being driven.

Engines don’t actually heat up all that well when they’re being idled; driving your car immediately will allow the oil to get up to temperature quicker and flow better. Modern oils are designed to cling onto parts and walls anyway, so they won’t all drip into the sump immediately. Moving components like the cylinders and piston rings will also be able to expand to their correct size due to heat, enabling the engine to run at its best. 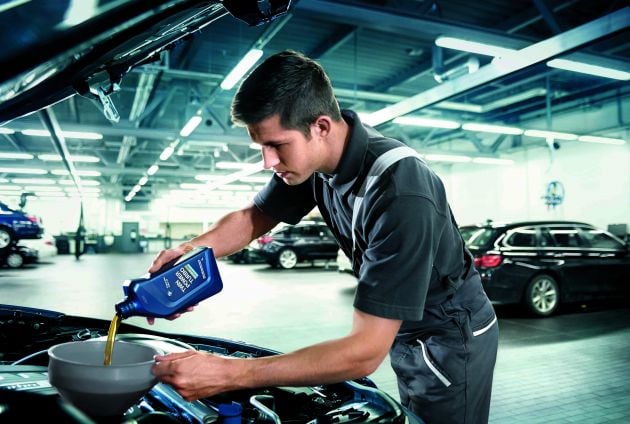 In fact, idling your car to warm it up might actually do the opposite of what you intended. Since the engine doesn’t heat up quickly enough, the ECU may continue to supply a richer air-fuel mixture for longer, and since petrol is a solvent, running a rich mixture could wash the oil off the aforementioned components.

As you can imagine, stripping the lubrication off these vital parts isn’t going to do any good – indeed, it could lead to increased wear, said Stephen Ciatti in a Business Insider interview. Ciatti is a principal engineer for advanced engines at American truck conglomerate PACCAR, so he knows what he’s talking about. Running a rich mix for extended periods could also dilute the oil, potentially damaging your engine further.

Idling may not only damage your engine in the long run, but it’s also a colossal waste of fuel. The US Department of Energy’s Argonne National Laboratory found that an average compact sedan (i.e. Honda Civic-sized) with a 2.0 litre engine consumes around 0.6 litres of fuel per every hour of idling, or 10 millilitres per minute. That’s 2 sen of RON 95 every minute, which may not sound like much, but it all adds up. The DOE estimated that passenger car idling wastes around 11 billion litres a year in the United States alone. 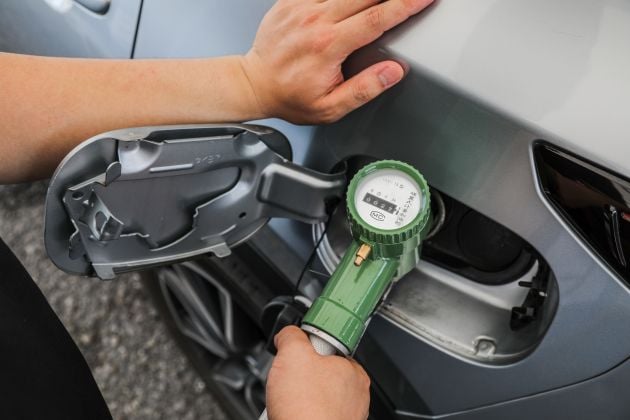 And that’s not all. The department also said that idling throws up around 27 million tonnes of carbon dioxide a year, making it a huge source of air pollution. A 2009 study also found that idling as a whole contributed to an astonishing 1.6% of all US greenhouse gas emissions, “almost double the total emissions for the iron and steel manufacturing industry,” reported the Washington Post.

Granted, these figures also include idling at traffic lights and jams, which is unavoidable (although start/stop systems do help in that regard). But the study also stated that nearly half of the emissions attributable to idling comes from people warming up their engines or simply waiting for someone (like at a school or office) or something (like at a drive-thru) – actions that are completely unnecessary, as you’ve just read.

So how long should you wait?

Now we come to the advice part of this article – how long do you have to wait between starting the engine and driving? Even in the dead of winter, the US Environmental Protection Agency (EPA) and the DOE both recommend that you take around 30 seconds – just enough time for the engine to generate enough oil pressure to lubricate itself. Any more and you’re just wasting fuel. 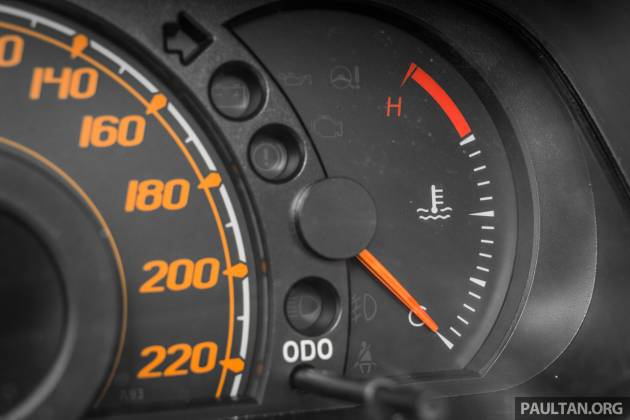 In our sweltering heat, there is absolutely no reason to warm up your engine. The general rule is that once you crank your engine, you simply need to put your seat belt on before setting off. Carmakers are perfectly happy with this – none of the three user manuals that I browsed through, including one for my 1999 Mercedes-Benz CLK, suggested to wait for the engine to warm up before driving.

The manual for my Kia Picanto did tell me to “let the engine warm up,” but only in temperatures below -18 degrees Celsius, or if the car had not been operated for several days. Remember that user manuals as a whole are pretty overbearing, so if they don’t tell you that you need to do something, you probably don’t.

The option to warm your engine up isn’t even available on most hybrid and plug-in hybrid vehicles. On these cars, the mills are only started once you are already moving and are often immediately placed under heavy loads. This is yet more proof that you don’t need to warm your engine up, as this would have been programmed into the cars’ software if it was actually required. 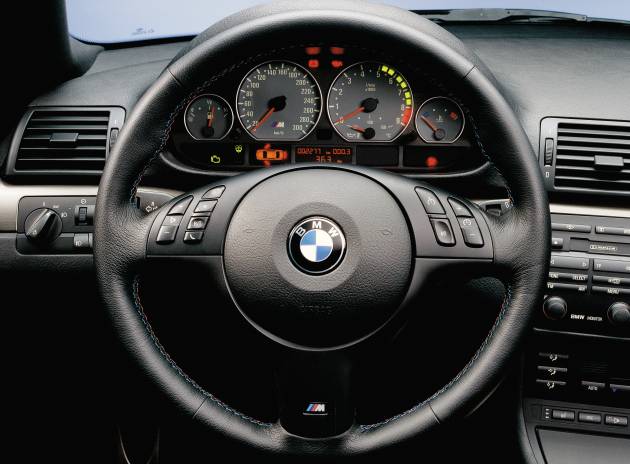 But what about if you’re waiting at a school or at a drive-thru, you may ask? Surely it would use up more fuel to turn off the engine and then restart it when you’re only waiting for a short while? While it’s true that engines use a little bit more fuel for the first combustion, even idling for just ten seconds uses up more of the stuff than simply turning your engine off and on again.

Don’t whack before you walk

If you don’t wait to warm up your engine, won’t it cause undue wear and tear when you’re driving? Only under heavy loads, and that’s where another grain of truth to uncle’s statement comes in – whatever you do, for heaven’s sake, don’t pin the throttle immediately after cranking the engine. Instead, drive gently for the first five to 15 minutes (depending on the driving conditions) and let the engine come up to temperature on its own. Only then are you free to whack your car to your heart’s content – preferably on the track, of course.

Certain performance cars give you some sort of heads-up to let you know when it’s OK to rag on your engine. The BMW M3 (like the E46 you see above), for example, comes with a series of lights in the rev counter that indicate a safe maximum engine speed for a given engine temperature – progressively disappearing as the car warms up. Once the two redline lights are all that’s left, you are good to go racing.