Seat Stalling On EVs "Until Costs Come Down" 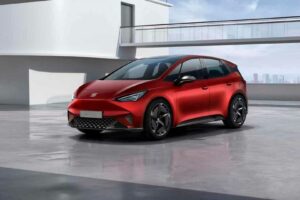 Seat, the VW Group’s Spanish subsidiary, is holding off on making any EVs until costs come down. That’s despite Seat’s sporty sub-brand, Cupra, jumping head first into electrification.

Seat’s R&D boss Werner Tietz was recently interviewed by British outlet AutoCar. When quizzed on the topic of electric cars he had the following to say:

“For now, electrification is still a little bit expensive. We think we have to concentrate on electrifying Cupra, and when the prices for the components go down – batteries and ‘e-machines’ are cheaper – then we can discuss and consider talking about Seat again.”

Seat’s first EV was originally meant to launch last year. Dubbed the el-Born, it was based off the Volkswagen ID.3. However, VW execs decided to give it a more premium edge and branded it as a Cupra. The resulting Cupra Born is currently on sale throughout Europe.

Seat has remained quiet on any new models. The last vehicle the brand launched was the ICE Leon in 2020. However, Tietz insisted the brand still has a future and will not be cannibalized by its increasingly popular Cupra sub-brand. Tietz stated that Cupra is firmly in its own league:

“In the Volkswagen Group, you have nearly no overlap with other brands. The Cupra customers are completely different.”

It’s an interesting decision by Seat to put a halt on any EV plans. A lot of other budget automakers, such as Dacia, are beginning to embrace electrification. It’s even stranger when you consider the fact that Seat has full access to VW’s MEB platform, meaning production and development costs could theoretically be rather low – especially if Seat was just selling rebadged VWs like it planned to do with the el-Born.