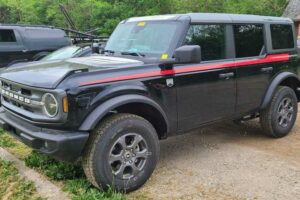 Is the tuner getting in on the off-road craze?

Images of a Roush-branded Ford Bronco are making their rounds online, first hitting Reddit and the Bronco 6G forums before being discovered by Auto Evolution. The two photos show a black Bronco Big Bend model with a red Roush stripe along the side and a gray sticker above the windshield on the roof’s leading edge. These stickers are the only visible Roush styling cues.

Now it may seem odd for Roush to wade into the off-road arena, but late last year, the aftermarket tuner filed a patent for “Roush Overland” to use on “Recreational Vehicles And Accessories, Namely, Camping Trailers, Towable Trailers, Travel Trailers, And Trailer Hitches For Vehicles.” The company didn’t divulge its plans at the time, though a Roush-branded Bronco doesn’t seem improbable considering how popular crossovers and SUVs are right now. 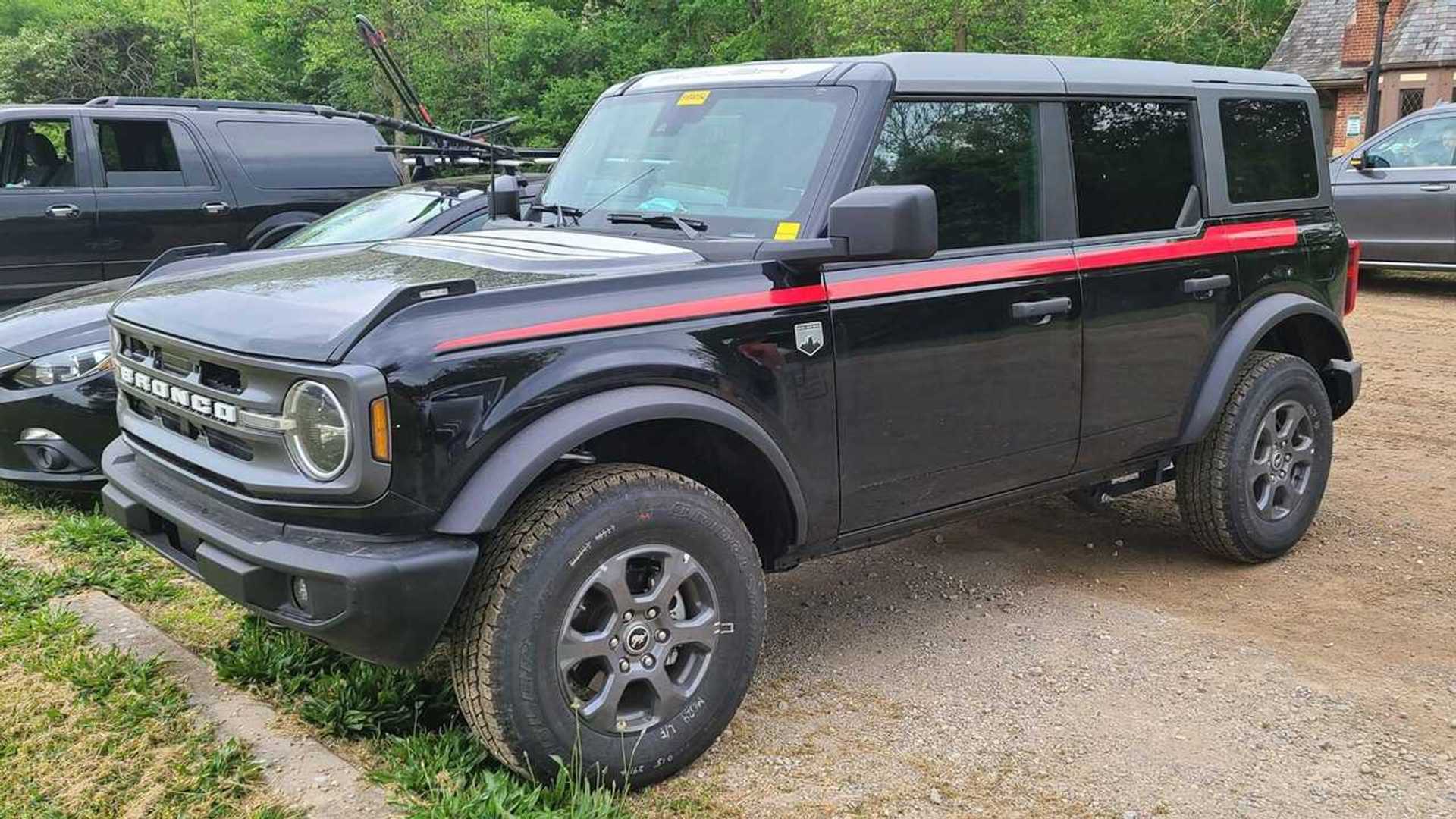 However, while the idea of such a vehicle is enticing, there is a chance the pics are photoshopped, which some on Bronco6G are arguing is the case. The photos’ low image quality introduces a lot of artifacts into the image that makes certain aspects of it a bit questionable, like the side-mirror shadow and the reflection on the rear quarter panel. The photos were originally posted to Reddit with no additional information. We know there’s a higher-performance Bronco version already in development at Ford.

Roush made a name for itself tuning the Ford Mustang to obscene outputs while venturing onto tuning other Ford products like the F-150 and Focus. Getting in on that sweet, sweet off-road cash would be a smart move. There’s little doubt aftermarket companies are eager to jump in on the action, offering their own accessories, upgrade kits, and power packs, which is a perfect fit for Roush and its new Roush Overland trademark. Only time will tell if these pictures lead to a high-powered Roush Bronco variant.