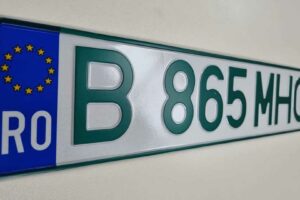 Many countries around the world are now issuing special green license plates for electric vehicles. Europe already has special plates for EVs in Poland, Ukraine or the United Kingdom, and now we can add another country to that list: Romania.

The Romanian Environment Ministry just published photos of what the future green plates will look like. It looks like chose to make the font and edge of the plates green (or a shade of teal, based on the photos), not the background, like they did in Poland. They will therefore look similar to Ukrainian EV plates. 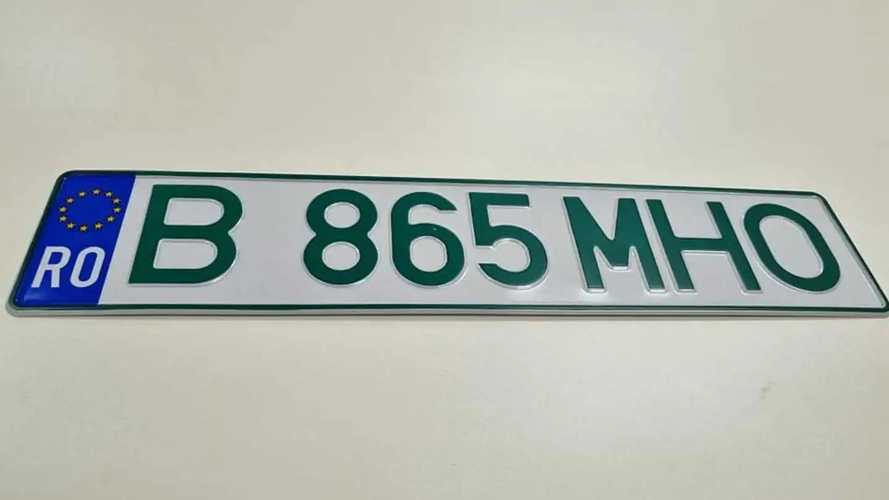 According to the Romanian Transport Minister, Tánczos Barna, they deemed it necessary to introduce these plates because

In making non-polluting vehicles more visible in traffic, we will facilitate the creation of a framework to grant these vehicles certain facilities: free parking, access to low emissions zones, tax deductions, local authorities, especially in large urban sprawls, they will have a very useful instrument to work with.

In the United States, special electric vehicle plates (for which hybrids also eligible) are now offered in Hawaii, North Carolina and Massachusetts (let us know if we missed any). These have ‘Electric Vehicle’ clearly visible somewhere on the plate. In Mississippi, they do have an available green plate, but you don’t actually have to own an electrified vehicle to be able to display it – you can put it on any car you want in order to show your support.

Not all countries deemed it necessary to issue special plates. In Norway, for instance, they have a special series of plates (EL, EK, EV, EB, EC, ED and EE) and this grants them privileges like cheaper (and sometimes free) parking, lower toll fees on roads and ferries (and until 2015 bus lane access), plus it also lets emergency services know they are dealing with an EV in the event of an emergency.

Germany doesn’t have green plates either. They just add a small, round E-Badge (E-Plakette) to the standard license plate, so it doesn’t look too different. What’s interesting about the German system is you can enter the country with an electric vehicle on foreign plates, and you can still obtain the E-Badge to get advantages and preferential treatment while traveling through the country.