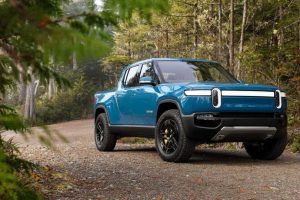 Just as quickly as one EV startup cancels solid-state battery plans, another is pursuing the technology.

As most legacy automakers and many new electric car startups look to the future of battery tech, as well as obvious supply constraints, battery research and potential breakthroughs are welcome. While some companies have given up on solid-state batteries, at least for now, Rivian appears to be keeping its options open.

Rivian has posted openings for five new positions on its Careers page. It’s looking for engineers to develop solid-state batteries in Palo Alto, CA. As you can see from the official posting first shared on Twitter by Jordi Sastre (@jordi_sastr3) about a week ago, it’s very clear that Rivian is serious about solid-state batteries.

Sometimes, articles referring to job postings, anecdotal comments from employees, building permits, and patent applications can paint a picture of something that’s not very clear-cut. It’s like grasping for straws at times. However, in this case, Rivian has made no attempt to hide exactly what (and who) it’s looking for.

Every job listed in the posting above is directly related to manufacturing engineering and solid-state cells. Under the section labeled, “This is what you’ll do,” it clearly reads “build and manage a comprehensive team working on manufacturing solid-state batteries.”

It has already been made quite clear by many other companies that solid-state battery tech isn’t ready for the mainstream, especially related to electric cars. However, one could argue that a company like Rivian would be remiss not to seriously consider the battery tech even if it is something that won’t come to market for a number of years.

The idea of solid-state batteries, as well as their potential, seems promising. However, it will take the right company and the right team of engineers to actively push the tech forward.