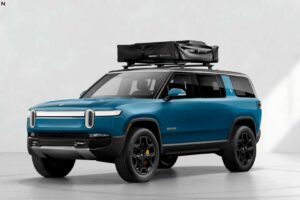 Even with the sudden and slightly controversial price hike for the R1T electric pickup, Rivian doesn’t expect to turn a profit in the near future. The manufacturer is right now in the midst of trying to build more R1Ts while also starting production for the R1S SUV.

Rivian recently announced in a 10-K filing with the Securities and Exchange Commission (SEC) that it expects to keep losing money for the foreseeable future:

We are a growth stage company with a history of losses and expect to incur significant expenses and continuing losses for the foreseeable future.

We believe that we will continue to incur operating and net losses in the future while we grow, including following our initial generation of revenues from the sale of our vehicles, which began with the R1T in September 2021 and the R1S and EDV in December 2021.

We do not expect to be profitable for the foreseeable future as we invest in our business, build capacity, and ramp up operations, and we cannot assure you that we will ever achieve or be able to maintain profitability in the future.

Actually starting to turn a profit will be quite difficult for Rivian, as it is for any startup in its situation. It is less at risk than others of going under, though, thanks to being backed by a giant like Amazon, which ordered 100,000 electric delivery vans and invested over $1-billion in the startup.

And in fact it is the van (the first of which were delivered to Amazon in late 2021) that could ultimately help Rivian become profitable, since the company has announced that it will make it available to other companies, not just Amazon. Order books for fleet customers are expected to be opened this year, with first deliveries set to begin in 2023.

The market for electric vans is pretty much wide open now, so whoever starts selling lots of them quickly could ultimately end up a segment leader. Rivian has said that it will offer the van in several size variants and thus it will be able to cover a broader range of the electric van buying public.