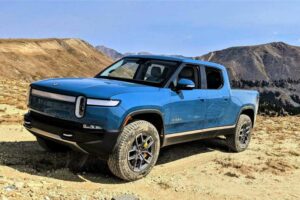 Rivian is still not delivering its electric vehicles in Canada, a location where such Adventure Vehicles would be right at home. The startup automaker had grand plans to start delivering in the country as early as November 2021, but obviously, plans have changed. This means R1T and R1S reservation holders to the north will have to wait even longer to take delivery.

Rivian isn’t delivering its R1T electric pickup truck or R1S three-row SUV in Canada because the company hasn’t yet received certification from Transport Canada to do so. Drive Tesla Canada points to a 10-K filing that noted Rivian’s intentions to apply for the certification in September 2022, followed by imminent deliveries.

Despite scratching the original November 2021 delivery plans, the electric automaker stuck to its word and got its application to Transport Canada ahead of the end of the month. Sadly, however, Rivian reportedly didn’t receive the certification. In fact, its vehicles didn’t meet the requirements for importing.

Fortunately, Rivian can apply again, and it’s likely it will eventually be granted certification by Transport Canada. The EV startup can reapply at any time, and all it must do is show that it has taken care of any concerns that caused it to miss out on certification the first time around. It wouldn’t be wise for Rivian, or any automaker, to reapply until it’s certain it has successfully met the specific requirements.

At this point, you’re may be wondering the same thing we were: Why did Rivian fail to meet requirements, yet it’s successfully delivering compelling products in the US?

Drive Tesla Canada reached out to Transport Canada in an attempt to get further details. However, the agency wasn’t very forthcoming. Instead, it just reiterated that Rivian “has yet to provide satisfactory evidence of compliance to all applicable Canadian motor vehicle safety standards.”

In a 10-K filing, Drive Tesla Canada discovered that Rivian revealed some related details. The company wrote that in order to meet Transport Canada’s requirements for certification, it would need to meet specific “telltales, speedometer units of measure, certain labels, immobilizer requirements for anti-theft, and pass-by noise standards.”