Kawasaki motorcycles have a reputation for being fast and the undisputed king of the horsepower wars, today, is the H2. Supercharged, aerodynamic and responsive, the current H2 variants, the base model and the track only H2R along with the sports naked Z H2, were joined by the sports-touring oriented H2SX, priced at RM136,900 in Malaysia at launch, in 2018.

There is, of course, the argument “who needs a bike like this?” The same question could be asked of hypercars like the Koenigsegg, Ferrari, McLaren et al.

The answer, of course, is, “because it should be done” and if that does not make sense to you, perhaps you should stick to driving your tin econo-box on wheels, shut your mouth and leave supercars and superbikes to those of us who could care less about political correctness and environmental safety.

In any case, having a supercharged sports-touring motorcycle does make sense for Kawasaki. After all, how are they going to use up all the engines and frames manufactured for the H2? Better than leaving them sitting in boxes in a warehouse, anyhow.

Kawasaki Motors Malaysia, in their wisdom, allowed us to review the H2SX. A little late, but better late than never, plus there is the current situation between Kawasaki Japan, Kawasaki Malaysia Motors and Modenas, but that’s another story for another time. Before we begin the review proper, some readers will notice the H2SX review unit in our care does not have a number plate. Fact is, it is road registered but the road tax had lapsed and Kawasaki Malaysia trade plates were supplied to us for a week.

If you don’t know what trade plates look like, they are designed to be fitted to a car and look like advertising billboards when attached to a motorcycle, even one as bulky as the H2SX. In the interest of aesthetics, we removed the plates for the photoshoot.

Coming back to the H2SX, it must be said the H2 engine does indeed lend itself to high speed highway touring duties. With the supercharger, you get almost instantaneous engine response and the mill pulls hard from about 3,000 rpm to redline.

As the successor to the Kawasaki GTR1400, the H2SX does fit the bill and look the part on paper, but is this kamikaze touring rig something a rider could live with on a daily basis? We set out to see if an engine and chassis designed for the hypersports market could do this.

Starting with the looks of the H2SX, the consensus was about evenly split between the likes and don’t likes. Some thought the aggressive styling of the H2 with that cyclopean headlight suited the bike, others said the H2SX looked like it fell out the ugly tree and hit every branch on the way down.

The “does my bum look big in this?” look carried over from the GTR1400 did make the H2SX look a little on the chonky side. But, we did discover lifting the bags off the rear end of the H2SX did make it look a lot slimmer and svelter.

With that trademark green and black Kawasaki corporate colour paint job, the H2SX did a lot to endear the author to the way it looked. We found that mix of aggression and purpose in the H2SX’s design quite fetching, with the immediate impression being, “this is a motorcycle and make no mistake about it.”

For the sport-touring sensibilities of the H2SX, Kawasaki redesigned the H2 to accommodate saddle bags, a rear pillion seat, taller handlebars and a different windshield. Settling into the saddle, the H2SX, despite a specification seat height of 835 mm, felt a lot lower to the ground than the H2.

This was attributed to the different seat profile, which is a little more padded and narrower in front that the H2. The seat is also a two-piece affair, with the pillion – not an option on the H2 – getting a pad that is a little more substantial than is normal for sports bikes.

We did not dare put our pillion on the rear for testing. She took one look at it and said, “you go for the ride alone.” Make of that what you will.

This is not a game of horsepower numbers, sports-tourers are not in that category. But all that power is nice to have.

Coupled with the supercharger, what Kawasaki promises and what the rider gets is this instantaneous throttle response and the horizon gets much closer in a big hurry. Not as mad as the H2 or H2R, in fact, almost docile, feeling like a “freshly serviced” engine.

Settling into the saddle, you are aware of the heft of the H2SX. It does not feel as bulky as the GTR1400 but 256 kg ready to roll is a lot of weight to disguise. Saying that, the H2SX does fall, weight wise, right into the median for the big sports-tourer category, where 250 kg is the norm rather than the exception.

From the riding position, you are very much aware of the bulk of the H2SX, not as bad as, say, the BMW Motorrad K1600 GT, but this bike is wide. With the boxes attached to the rear end, you cannot accuse the H2SX of being slim and svelte.

It is, very much, a motorcycle, one that is designed to eat up long distances and it doesn’t let you forget it. Starting off, the H2SX disguises its weight well once the rider gets moving, as all bikes of this ilk do.

The first handful of throttle you grab in second gear will… no, you don’t get the front wheel lifting. The electronics suite on the H2SX see to that.

During our time with the H2SX, we messed around with the modes some, but left it in full most times. Best fun was with the engine in Full and engine braking set to the lowest level, giving the H2SX the feel of Kawasaki’s ZX-10R superbike especially when you’re heading into a corner at some stupid speed and suddenly realising the bike isn’t slowing down as much as it should be.

Needless to say, the H2SX does the speed thing well, very well indeed. On the open highway, there isn’t much that is going to touch the H2SX except maybe supercars costing 10 times the price. Putting the H2SX in its element, we loved the more upright riding position of the bike, along with the better wind protection. One thing is for sure, the H2SX is a lot kinder on riders’ backs than the H2.

While going into a full race tuck might look the business, it’s fine if you’re a 55 kg, 22-year old rocket jockey. Older riders will much prefer the gentler but still sporty riding position of the H2SX.

The feeling riding the H2SX is one of control, at no point do you feel the bike is going to get away from you, provided you know what you’re doing. This contrasts against the H2 and H2R, both of which will catch a rider by surprise, especially one who is not used to very quick engine response.

Slinging the H2SX into the corners at Ulu Yam, the response was tight and precise but you are aware that this is not a 200 kg sports bike. A certain amount of effort is needed on the turn-in and the bike makes its weight known.

No featherweight touch of the handlebars here. The H2SX needs a firm hand at the controls and a rider who has a precise plan for taking corners at speed.

If you intend daydreaming on the H2SX, do it while upright on the highway. Sharp corners, twists and turns calls for focus on the H2SX lest the bike take you to places unintended.

We did do a crucial experiment on the H2SX, we took the panniers off. While the panniers aren’t really heavy, they are not light either and do add weight to the rear end.

We did not notice anything untoward handling wise with the boxes on, especially at very high speed but negotiating tight city traffic was a bit of a pain. Taking the boxes off, however, produced a noticeable change in the looks of the H2SX.

The back end suddenly looks sleek, and much of the bulk of the H2SX is gone with that ‘heavy’ feeling along with it. This is one of the sports-tourers we can say looks okay with boxes on and better with boxes off.

Inside the cockpit, a full-colour TFT-LCD shows all the necessary but we found things a little bit crowded with so many things on the screen at once. One thing we did like was the accelerometer on the left side, which we used to see what kind of silly numbers we could get in terms of G force.

There is much to like about the Kawasaki H2SX, including the more accessible riding position and the unique feeling that comes with having a supercharged motorcycle. But best of all is a sports-tourer with that smooth, seamless, power delivery. Make mine a H2SX. 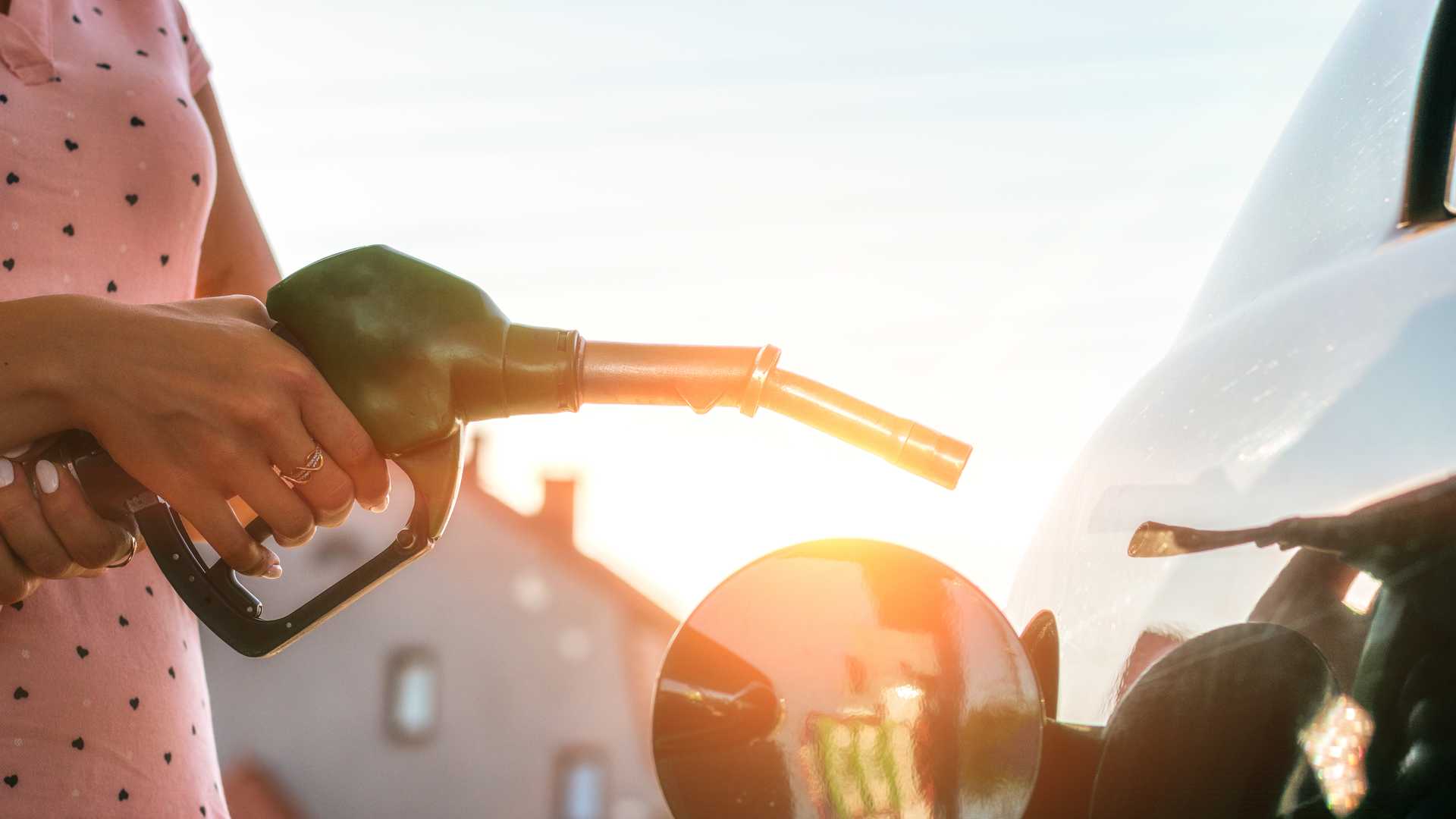