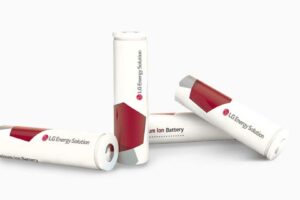 LG Chem’s LG Energy Solution (LGES) IPO is heading towards a successful listing on the Korea Exchange (KRX) on January 27, 2022 as the country’s biggest IPO ever.

LG Chem is expected to maintain 81.8% of LGES, valuated at 70.2 trillion won (over $59 billion). Once listed, LGES will become the third most valuable company in South Korea.

LG Chem’s LG Energy Solution expressed an expectation that it will overtake CATL as the world’s largest EV battery manufacturer.

Soon, we might hear about another battery IPO in South Korea, as SK Innovation’s SK On battery business (a new spin-off) most likely will follow LGES. The company set a target to be the largest EV battery manufacturer with an output of over 500 GWh by 2030.

Together with China’s CATL, and at least several other contenders, the battery race heats up. The battery market actually expands faster than the electric vehicle market, because not only is the number of EV increasing, but also their average battery capacity.