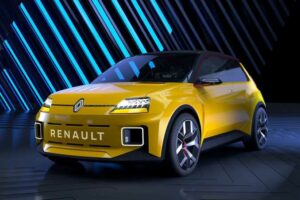 The French automaker announced its own electrification strategy for the next decade, after a wave of similar announcements by automakers small and large over the past several months. Renault’s plan dubbed Nouvelle Vague, or New Wave, envisions the carmaker as a “energy transition leader” that will focus on clean energy, services, and technology through engineering mobility solutions that are more sustainable, in addition to engineering smarter vehicles.

Renault Brand CEO Luca de Meo outlined the company’s vision, which aims to have nine out of 10 of the automaker’s vehicles electrified by 2030. The New Wave will also see a focus on technology dubbed Software République, which will bring together expertise from over 2,000 engineers from several leading software companies including Dassault Systèmes and STMicroelectronics to Renault’s technology and services efforts—an ecosystem that promises to bring together artificial intelligence, mobility services, cybersecurity, and microelectronics.

The Software République effort is effectively Renault’s version what they call “mobility,” as opposed to the relatively confined aims of auto manufacturing of the past.

“The vehicle is no longer the central point of the automotive value chain, as software, electronics, and on-board intelligence increasingly determine both the value and use of the vehicle for new mobility needs and services,” de Meo said. “We want to work together with partners in the Software République to position ourselves as a pioneer in this new mobility value chain.”

Renault also intends to become Europe’s greenest brand by focusing on car recycling with the Renault Re-Factory, with plans to see up to 120,000 vehicles recycled each year, reclaiming almost 80% of strategic recycled materials for use in new EV batteries. The automaker plans to be the world’s foremost automaker when it comes to the percentage of recycled materials used in the manufacture of new cars. 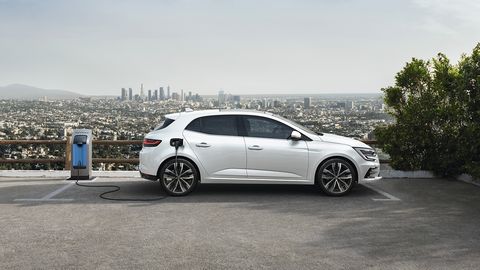 To signal a new era for the automaker, Renault has also rolled out a new logo, which will be phased in starting in 2022 and will spread to the entire Renault range by 2024.

Of course, when it comes to the automaker’s 2030 plans, electrified does not equal electric, so Renault plans to have quite a few hybrids in the mix. It also cannot ignore the pace of EV adoption in markets that are not western Europe, but where Renault has a substantial presence. So its plan to have nine out of 10 vehicles in its lineup electrified must be seen in that context.

When it comes to hybrids Renault plans to add several new offerings to its lineup, which already includes the Captur and Megane E-Tech plug-in hybrid, seen above.

Renault has quite a head start on a number of automakers in Europe, including rivals from the Volkswagen Group and PSA, which includes Peugeot, Opel/Vauxhall, and Citroen, having seen impressive sales with the Renault Zoe electric hatch for the past few years.

Should Renault seek to return to the US as it fields more EVs? Let us know in the comments below.