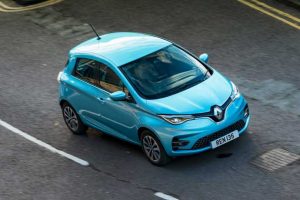 Renault posted outstanding sales results for its all-electric cars in October, once again in the five-digits.

The total all-electric car sales amounted to 11,526 (up 144% year-over-year), which is the third-best result ever.

Renault’s pillar is the ZOE model, which was responsible for 87% of total BEV sales in October and 90% so far this year. ZOE sales are stable at around 10,000 in recent months (excluding August).

The new model in the lineup from October is the Renault Twingo Z.E. – smaller than the ZOE but with high sales potential.

Data does not include plug-in hybrids or the Renault Twizy – heavy quadricycles (L7e).