Renault Megane Ditches ICEs In The UK, Is Now PHEV-Only 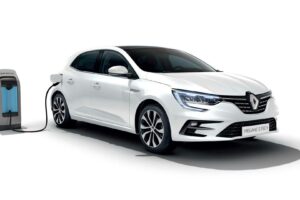 As a sign of the times, even a fundamentally mainstream car like the Renault Megane is available only with an electrified powertrain.

Granted, that only happens in the UK for now, but it’s not hard to imagine other European markets following suit. Renault has announced the addition of the Megane Hatch Plug-In Hybrid model to the UK lineup, complementing the Megane Sports Tourer Plug-In Hybrid.

The electrified hatchback will be available to order from August, with the first UK deliveries scheduled for September. In the press release detailing the introduction of the new plug-in hybrid variant, Renault makes the following very interesting statement.

“At the same time, and in line with its electrification strategy for the Megane, Renault will remove petrol and diesel versions of the Hatch and Sports Tourer.”

While their names are suggestive enough, we’ll tell you that both versions feature a 1.6-liter four-cylinder gasoline engine rated at 160 PS (158 hp), assisted by a 49-kW (65-hp) electric motor sourcing energy from a 9.8 kWh (400V) lithium-ion battery. There’s also a second electric motor working as an advanced starter for the internal combustion engine. As for the “Auto” in the models’ names, it stands for the automatic, multi-mode dog gearbox featured in all E-Tech models.

Always starting in fully electric mode, the plug-in hybrid Megane hatchback delivers a WTLP-rated combined fuel economy of 235.4 mpg UK (196 mpg US), with corresponding CO2 emissions of 28 g/km. Obviously, EV-only operation played a decisive role in achieving the ratings mentioned above. For now, Renault does not mention the EV driving range, but the Captur equipped with the same powertrain can cover 31 miles (50 km).